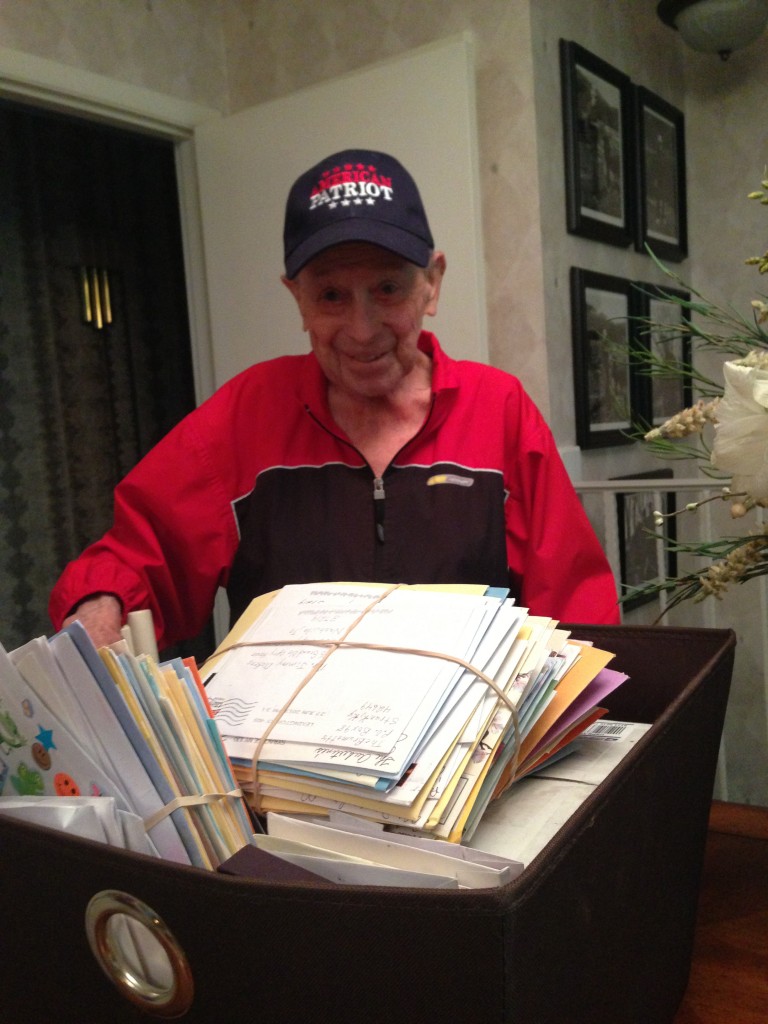 Grand Ole Opry icon Little Jimmy Dickens was greeted over the Independence Day holiday weekend with a crate of cards and letters sent by friends and fans to wish him well as he undergoes three weeks of short-term radiation treatments for a pre-cancerous condition on his vocal chords.

“If those are bills, you can keep ‘em,” Dickens said. “If they’re royalty checks or cards from the best fans in the world, I couldn’t be more excited or appreciative.”

After recovering from a short-term illness, the Opry member is scheduled to begin his first week of treatment Wednesday, July 10, a week later than anticipated. Doctors expect him to make a full recovery.

The country legend most recently surprised Opry audiences with an appearance on April 12. His most recent scheduled Opry appearance came on Dec. 22, 2012.

Fans are invited to continue sending cards and letters wishing the country music legend well. Correspondence should be mailed to the address below: