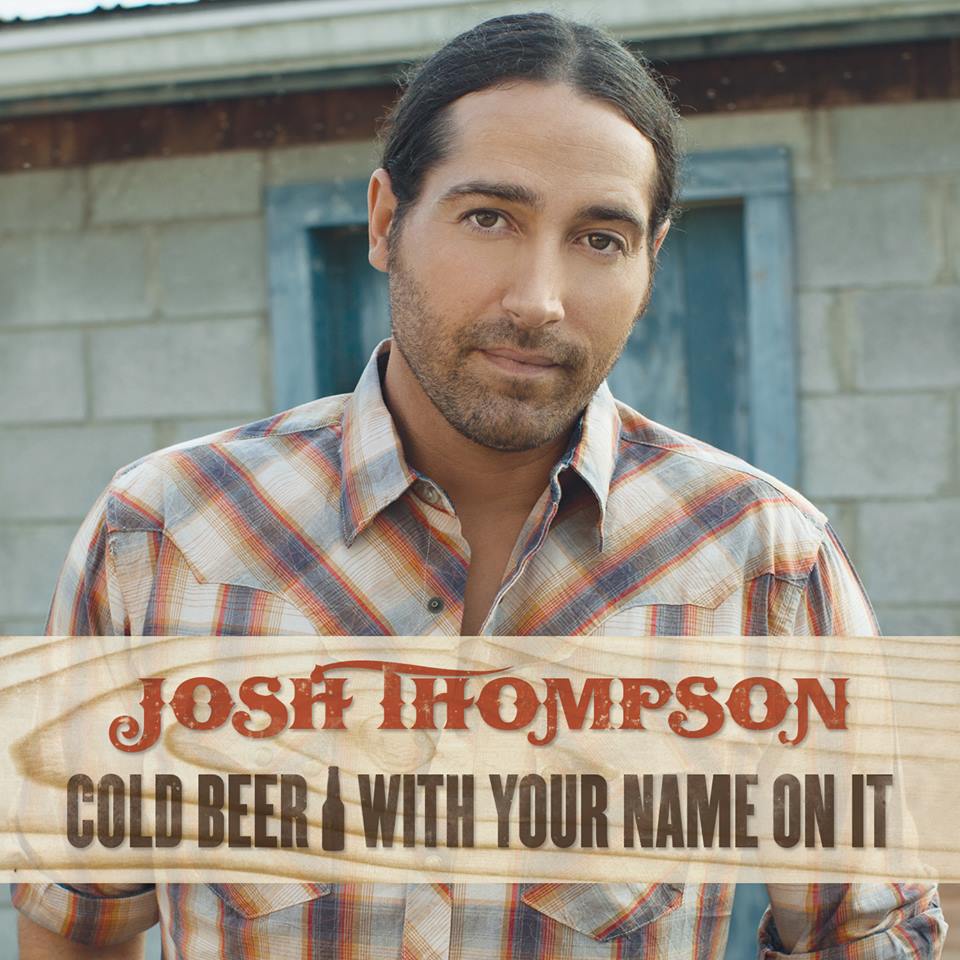 Show Dog Universal Music is set to release their first Josh Thompson single, “Cold Beer With Your Name On It,” to iTunes today, July 23, with an official radio add date of August 12. This is Thompson’s follow up to his top 20 hit, “Comin’ Around” released in 2011. His previous hits include “Beer On The Table”, “Way out Here”, and “Won’t Be Lonely Long.”

“I can’t tell you how excited I am to share new music with country radio and the fans. It feels really good to be back out there with my new label Show Dog Universal and their awesome team,” says Thompson. “To me, ‘Cold Beer With Your Name On It’ is both a love song and a heartbreak song.  It’s a good-ole-boy’s way of dealing with both subjects; whether you miss someone or want to get more of someone, there’s a cold beer with their name on it.”

“Josh is a seasoned songwriter, a sensational singer and an electrifying entertainer,” adds Tom Baldrica, VP Promotion Show Dog – Universal Music. “He has been built the foundation for a solid career, and now is the time that he will explode!  “Cold Beer With Your Name On It” is going to be the jet fuel!!!”

Download the new single, “Cold Beer With Your Name On It”  HERE.