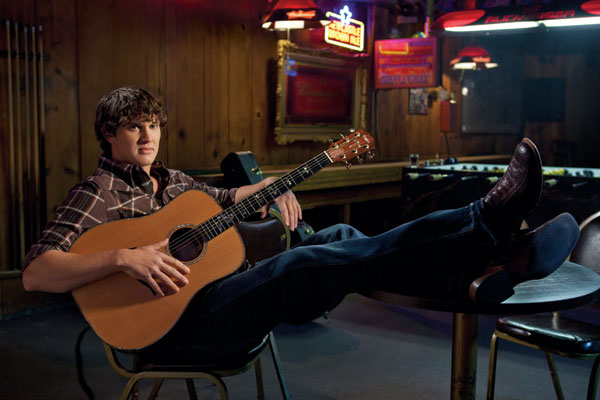 Capitol Records Nashville’s Jon Pardi has released a brand-new music video for his current single, “Up All Night.”  The video was shot outside of Nashville, near Montgomery Bell State Park and directed by the Edde Brothers who directed Jon’s debut video for “Missin’ You Crazy” as well as his webisode series “My Name Is Jon.”

When it came to deciding the concept for the video, Jon wanted it to stay true to the storyline in the romantic summer song, bring in some of his friends and even his dog “Cowboy” to join in on the fun.   “I had a vision of where I wanted the video to go and I feel like we hit every aspect of the song, which doesn’t always happen in music videos, so it’s cool,” says Pardi.   “I’ve worked with the Edde Brothers for a while now, and I think they did an awesome job bringing the song to life.”

“Up All Night” is currently climbing the Country radio charts and follows Pardi’s Top 20 single “Missin’ You Crazy,” both from his forthcoming debut album.

For more information on Jon Pardi and to check out a “Behind The Scenes” look at the new video, be sure to visit www.jonpardi.com.