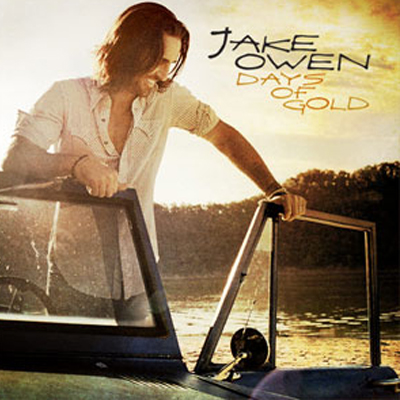 Jake Owen is gearing up to release his brand new single, “Days of Gold” to country radio.  The new release follows four consecutive #1 singles from his chart-topping album, Barefoot Blue Jean Night.  “Days of Gold” is a strong indication that the momentum will continue for Owen with his new music.

Jake Owen is redefining his sound and frankly, the sound of country music.  Owen’s new single “Days Of Gold”, the first release from his forthcoming album, is nothing like anything we’ve heard from the Florida native.   The fast paced song rocks from start to finish, featuring a catchy chorus and an intense guitar solo.  While it ties in some familiar themes, such as southern summers and drinking beer, you would be hard pressed to label this as typical Jake.

Throughout the summer, Owen has been introducing new material to fans which in turn they have quickly embraced.  If the new songs do indeed make the album, it will be a true game changer for country music and propel Owen to even higher heights.

Pick up your copy of “Days of Gold” on iTunes by clicking HERE.

Check out Jake out on Jason Aldean’s Night Train Tour.  For a complete list of dates, click HERE.

One reply on “Jake Owen “Days Of Gold” Song Review”