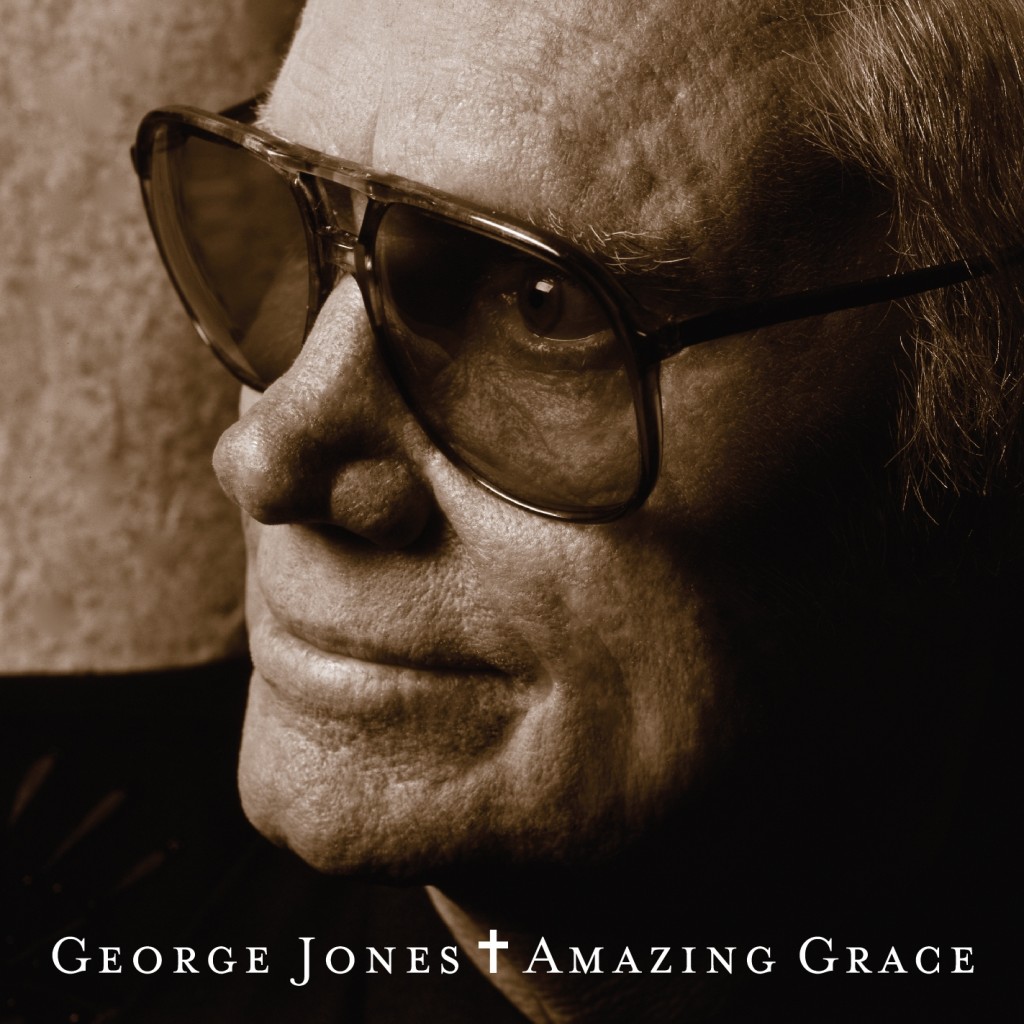 Bandit Records will proudly release GEORGE JONES – AMAZING GRACE on September 10th, two days before what would have been Jones’ 82nd birthday.  Jones, a partner in Bandit Records, recorded the gospel songs with producer Billy Sherrill in 2002 with the exception of one track, “Great Judgment Morning,” which was produced by Brian Ahern in 1994.

The Billy Sherrill songs represent the final sessions between Jones and Sherrill.  Sherrill had retired and was not interested in going back into the studio.  Jones was persistent in trying to get Sherrill to do one last project and they finally agreed to do a Gospel Collection.  It also marked the first time that Jones’ had actually recorded an entire Gospel project and not just isolated songs tacked onto the end of secular sessions.

“Great Judgment Morning” was one of those songs tacked onto the end of his Bradley Barn recording sessions.  Assembled that day were friends such as Waylon Jennings, Jessi Colter, Travis Tritt, Ricky Skaggs, Marty Stuart and Connie Smith who all added their vocal interpretations of that classic gospel favorite.

Jones passed away on April 26, 2013 surrounded by family and friends.  AMAZING GRACE had already been planned and blessed by Jones before his passing.  Gospel music had always brought peace and calm to Jones throughout his turbulent life.  He was reverential in his approach to singing sacred songs and didn’t believe vocal theatrics should be involved.

His eloquent and moving rendition of “Amazing Grace” was used during the video/ bio segment of his Kennedy Center Honors Induction in 2008 and resulted in hundreds of calls asking for the recording.  The record has not been in the marketplace since 2005 (to the degree that is possible in the digital age).

George Jones was a partner in Bandit Records and his widow, Nancy Jones, continues to be.  Bandit Records was established in 2000 and served as the first label that Jones had a vested interest in and the final record label in Jones illustrious career.  During that time and in spite of his advanced age, his recordings continued to excite audiences, earn major award nominations and sell in respectful numbers.  It is a testament to his talent that Jones had charting records in six decades and earned Gold certification well into his late 70s.