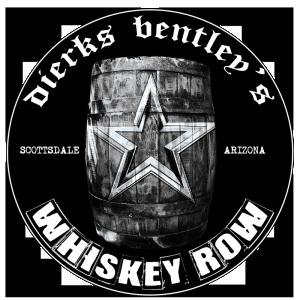 Dierks Bentley is preparing to open his bar, Whiskey Row, in the heart of Old Town Scottsdale, Arizona on Thursday (Fourth of July). The bar features a 400 square foot stage that hangs from the ceiling directly above the bar, as well as iPhone and USB charging stations and a massive 24-foot TV located on the back wall.

One of Dierks’ favorite features is every booth will have three different beer taps and a liquor tap. “It’s gonna have some cool features going on,” says Dierks. “My favorite is the table taps where you can have the waitress or waiter swipe your credit card on your table, and there’s three taps of beer at your table, so you can sit at your own table, pour your own drinks and watch your money go down on this little thing.”

“Bars are something I know really well,” he adds. “I spend a lot of time in them, feel really comfortable there, so it’s about time I had my own, I think.”

According to the bar’s official website, DierksWhiskeyRow.com, the venue will serve a familiar American Gastropub Fare cuisine with a modern twist. All menu items will be made from scratch in house, using organic meats and locally farmed produce. Specialty dishes to include a fried pickle burger with cajun beer battered pickles, house made red onion jam topped with a blue cheese smothered bun.

Jon Pardi will perform during Whiskey Row’s grand opening on the Fourth of July.

Dierks is making his way up the country charts with his latest single, “Bourbon in Kentucky,” the first release from his forthcoming album, Riser, due this fall.