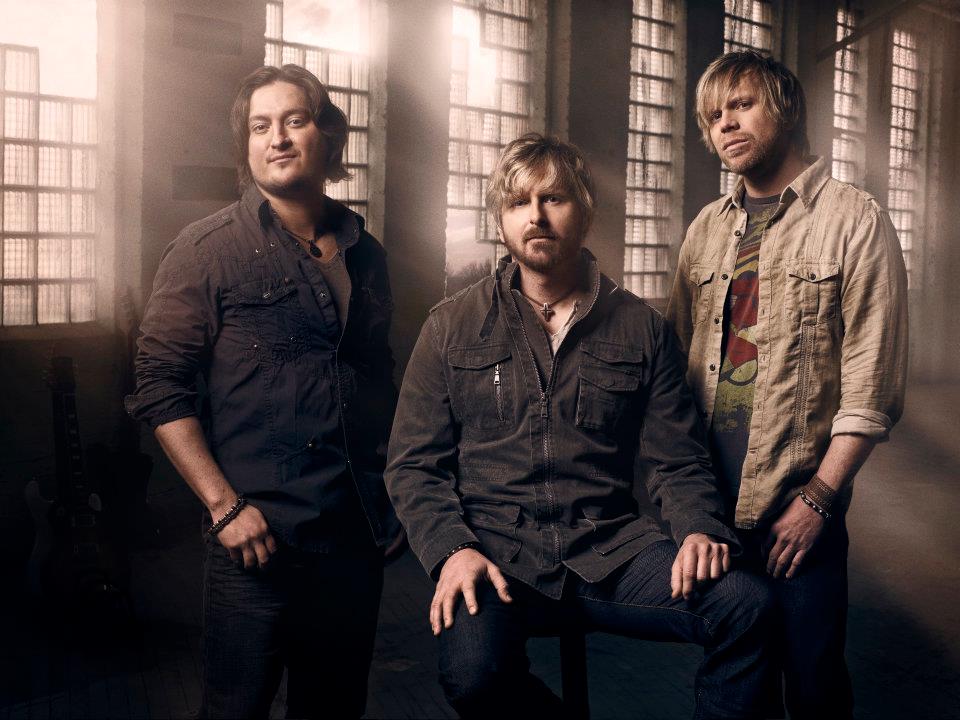 Country trio Sweetwater Rain is quickly making an impression on country music.  Their catchy debut single “Starshine” has made for a great fit on country radio, showcasing their impressive harmonies.  Bandmembers Danny Rivera, Fred Stallcup and Thomas Hewlett will be releasing their sophomore single, “Pray For Me,” which will no doubt become a fan favorite as well.

CountryMusicRocks recently caught up with lead singer Danny Rivera to talk about the their new music, forthcoming album and much more! Danny gives us some insight on the band, including how they came up with the name Sweetwater Rain. “We liked the word “rain,” we thought that had a cool ring to it. We kept looking for stuff and trying different combinations. It seemed as if every name out there had been taken already” Danny tells CountryMusicRocks. “We threw out there as a joke ‘how about The Rainbros’ just because we thought it sounded funny. Sure enough there is a band call The Rainbros!  We had a big long list of names and we finally narrowed it down to Little Rascals Big Flatts and Sweetwater Rain. We went with Sweetwater Rain and I think we made the right choice.”

Sweetwater Rain’s debut single “Starshine” has made for a great fit on country radio and the music video has already surpassed 100K views on youtube (watch here).  Danny shares with us how “Starshine” came to light.  “Fred and I went over to write with Anthony Smith, who produced the record. We never got around to writing actually, we just got to talking.  He [Anthony] finally just said ‘I think I really get what you guys are wanting to do.'”

“We were going over stuff we had done, stuff we had written and music we liked. Anthony said ‘I’ve got this batch of songs that I think would fit together and work well on an album. It would really fit your sound.’ He said ‘I want to produce.’ He starts pulling out these songs, “Starshine” and “Rocket Girl” and some others. He starts playing them on the stereo and me & Fred are  just sitting back going ‘wow’, we’ve got to cut these, these are great songs. We were sitting there with our jaw on the ground and said ‘let’s go get this done.’ We go to the studio and cut it [“Starshine”] and brought it to the label. We were shooting the video before the song was even finished being mastered.  Everybody got excited about it and I’m glad things happened the way they did.”

Sweetwater Rain will be gearing up to release their sophomore single, “Pray For Me” to country radio.  “We’ve been doing the song [“Pray For Me”] in our live shows for quite a while. We’ve always had a great response from the crowd.”  Danny continues, “There is never a show that goes by that somebody doesn’t come up after, a lot of times with tears in their eyes, talking about how moved they were by the song, how it touched them or reminded them of something or made them feel this or that. It always gets that reaction. We’ve always felt that song has a really special connection with audiences with the way we perform it.  It’s one of those songs that kind of evolved. We heard the demo and then we really made it our own and tweaked it and did all this stuff to it so that we really communicate the message.  If you come to the show and watch what we do and how we do it, and you listen to the music, “Pray For Me” is the perfect reflection of everything that we are.”

Of their forthcoming debut album Rivera shared, “We are probably about half way done.  We probably should be close to being ready somewhere in the fall, maybe going in to winter almost with being ready and having the album completely done.”

Danny continues, “It’s been a crazy process, working with Anthony Smith and being in the studio and doing all this crazy stuff.  It’s a lot of fun watch Fred and Thomas get in there and do the harmonies. You can’t take a studio harmony singer out on the road with you every night and we’ve always taken pride in making sure the harmonies are right on with hours and hours of vocal practice. The guys are sticklers about it.  Thomas and Fred want to be right on and I’m so bad about changing the licks on them and trying to trick them. We’ve worked together for so long and practiced together so much that even when I think that I’m going to fool them and try to get a lick in there where they’re not going to be able to follow it, they’ll find it and roll right into it. It’s amazing how well they sing together with me while they’re still playing their instruments.

In addition to working on their new music, recently Sweetwater Rain made a $10,000 donation to the ACM Lifting Lives Program. “We’ve seen what they do with that program and they do a lot of great stuff,” Danny shared. “Really getting in to it and learning more about it, it really made sense to try to be a part of it and we wanted to make a contribution in some way, shape or form. That seemed to be a cool way to do it. That was just kind of the beginning where we gave a little money and that really helps out and really makes an impact with what they are trying to accomplish. Now we go into the stuff where we actually get in there and get to be hands on and meet with different people and do different things where we are actually there physically doing stuff.  That was definitely a great opportunity for us and we were glad we were able to do that and help out a little bit.”

What does Sweetwater Rain want fans to know about them? Danny says, “I think it comes down to passion.  We do this because we love it.  There is nothing else on the face of this earth that we would rather be doing and the fans deserve no less. We give anything and everything we’ve got to make sure we give everything to the person that is coming out sitting in the back row or sitting in the front row, it doesn’t matter. You get the same show if it is 2 people or 2,000 or 20,000 people.”

Music is consistently evolving and we asked Danny what he thinks sets country music apart. “The connection, I think, and the simplicity and realness about it. The rawness of it. It’s about making good music and reaching good people out there that are living the stuff that we are singing about and can identify with it.”

Sweetwater Rain is one to keep your ears tuned in and eyes on. Be sure to keep requesting their hit single “Starshine” on country radio and pick up a copy on iTunes by clicking HERE.