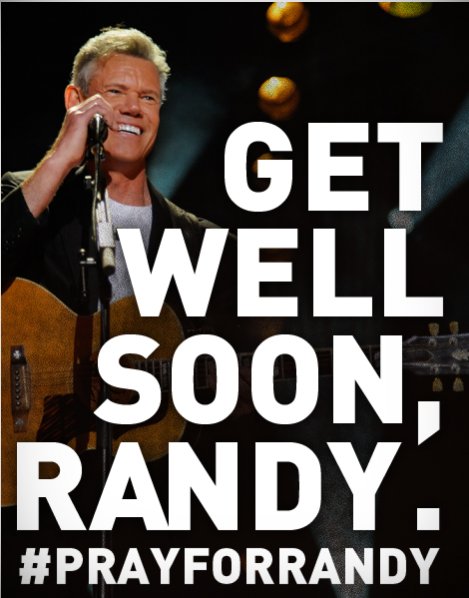 CMA is asking fans to digitally sign a Get Well card to show their support for five-time CMA Award winner Randy Travis as he continues to recover from idiopathic cardiomyopathy and a subsequent stroke. Mr. Travis remains in critical condition, but has stabilized. His medical team in Texas says there are months of recovery ahead, so the continued support of his fans is important.

In less than 24 hours more than 6,800 fans have signed the card with well wishes for Country Music legend. His fiancé, Mary Davis, addressed the outpouring of fan support in a statement on Monday saying, “I know that Randy will be so touched by that when he understands the magnitude of it all.”

To sign the card, fans can visit CMAworld.com/randytravis and enter a short message and their name. The message will then get posted on the card. Fans can even share their message on their Facebook pages and receive an email with the final card once it is sent to Mr. Travis.