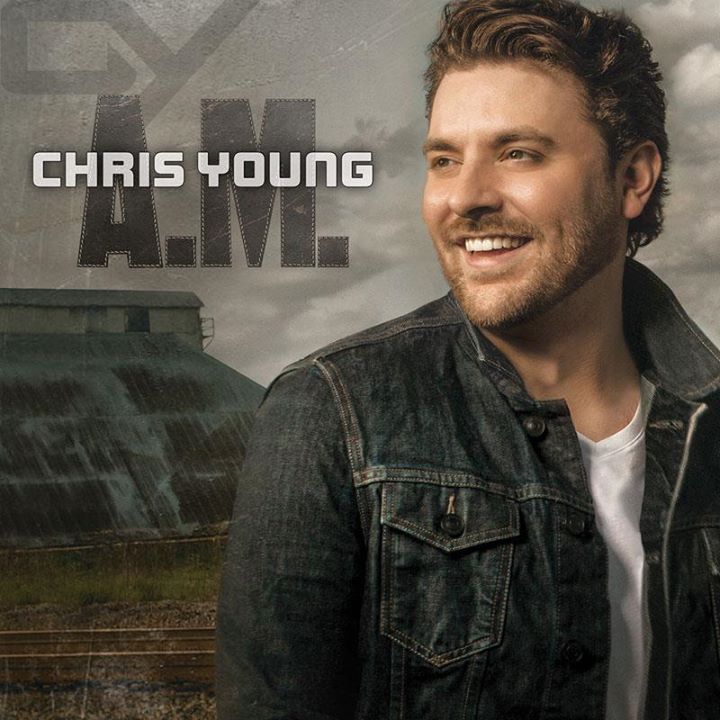 With the countdown on to the September 17 release of his forthcoming album, A.M., Chris Young revealed the album cover and song titles today. “I couldn’t be more excited to share this with my fans,” said Chris. “We just finished the cover last week and got the songs sequenced so this is truly ‘hot off the press,’” he continued.

A.M. features 11 new songs, including the hot new single, “Aw Naw.” Chris co-wrote six of the songs including “Aw Naw” and the title track. “There’s a lot of fun on this album and that’s why I wanted to call the album A.M.,” said Chris. “Like the song says, ‘the whole world’s asleep but we’re wide awake in the A.M.” Fans can get an early listen to the song by catching Chris on tour this summer.

Recently named one of this summer’s best opening acts by Entertainment Weekly, his set also includes his 5 #1 hits plus new favorite “Aw Naw” which is available now on iTunes and other digital music destinations. A.M. will be released September 17 and can be preordered now on Amazon.