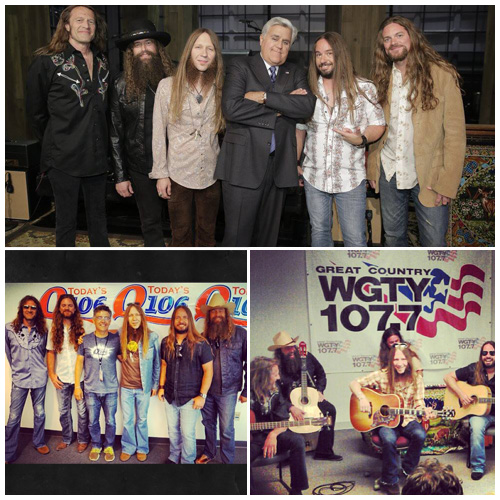 Coming off the heels of a performance on The Tonight Show with Jay Leno, (miss it? WATCH HERE) Blackberry Smoke has a brand new single out called “Ain’t Much Left Of Me.” The song was the third most added at country radio stations across the nation this week.

“Its a nobody knows you when you’re down and out kind of song, you don’t have a friend when you don’t have a nickel,” says lead singer Charlie Starr of “Ain’t Much Left Of Me.” Watch the official lyric video here.

For more on Blackberry Smoke, including tour dates, visit BlackberrySmoke.com.