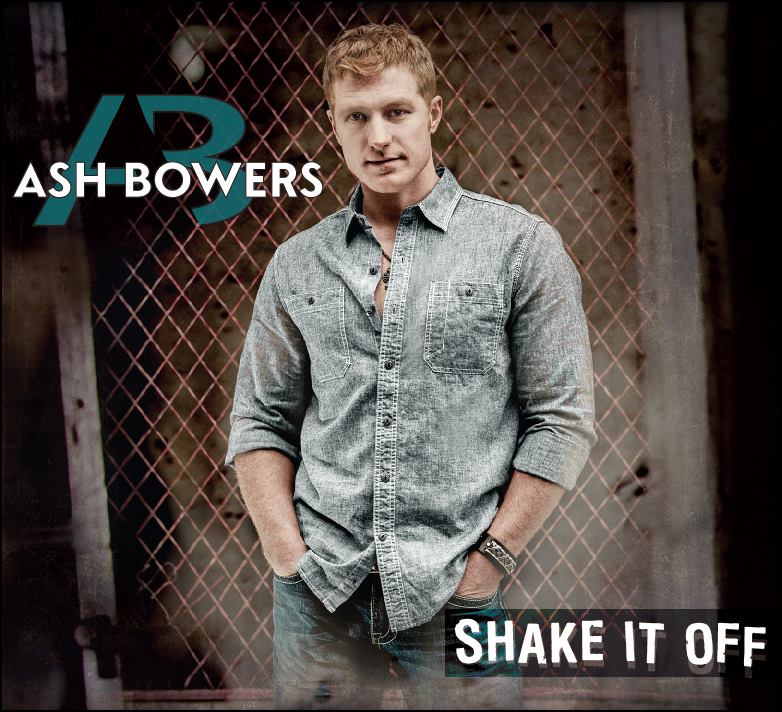 Wide Open Records recording artist, Ash Bowers, is gearing up to release his album-titled single, “Shake It Off,” to country radio.  The new single serves as the second release from Bower’s latest album, and is set to impact country radio on July 29.

“Shake It Off,” written by Ash Bowers, Adam Craig and Shane Minor, is an upbeat song that brings motivation to do just that – shake it off. Listeners will be able to quickly identify with this song. We’ve all had days where our shoulders are heavy with stress and worry.  Bowers does a fantastic job bringing realistic examples to life, along with a gentle reminder to have a little faith and “Let it fall, let it go, let it roll off your back, Look back and just laugh at it all…”  The melody of the song, coupled with Ash’s smooth vocals, will make for a great fit on the country radio airwaves. Ash Bowers is a voice that we need to hear more of.  Be sure to request his new single “Shake It Off” at your favorite country radio station.

Bowers’ sophomore album, Shake It Off, is available now on iTunes HERE. The album is one that is enjoyable from start to finish.  It showcases the talents that Ash Bowers holds as both an artist and a songwriter.  Bowers co-wrote 9 of the 12 tracks on the record and each song stands out on its own.  There is a message to be heard, a story to be told and 12 songs that matter on this album.