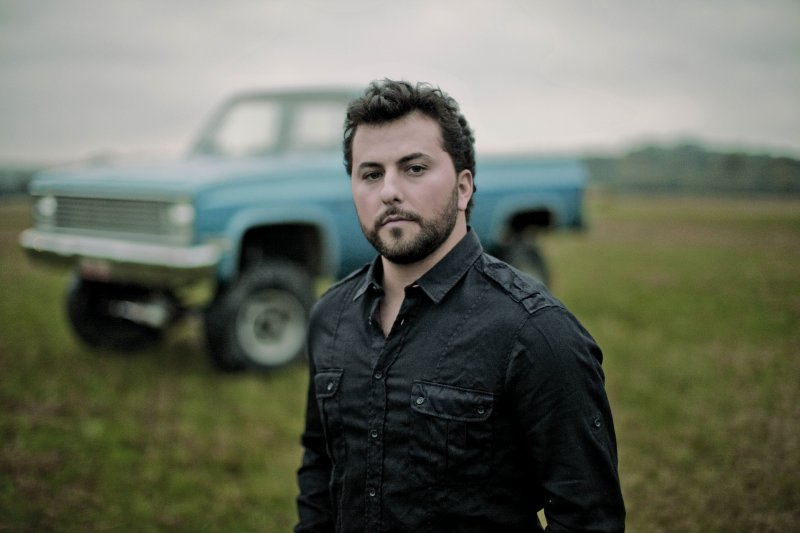 Columbia Nashville crooner Tyler Farr has something to go absolutely “Redneck Crazy” about. His hit song of the same name, officially marks the singer’s first Top 20 hit, and shows no sign of stopping.

Currently still climbing the Mediabase Country and Billboard Country charts at #19, Tyler’s “Redneck Crazy” also continues to gain traction in the video world, with over 1.5 million views for the song’s video on VEVO and counting. On the heels of the single’s success and during his first-ever trip to Nash FM’s Flagship station in New York and SiriusXM, Tyler today confirms the release of his debut album, to be titled Redneck Crazy, on October 15th.

Of his debut album and first Top 20 hit, the Missouri born singer shared: “This feels like a dream come true. I first fell in love with country music when I was 16 after spending a summer on the road with my stepfather, who played lead guitar for George Jones. I went from being a bouncer at Tootsie’s to convincing them to let me sing there. To look back now on how all of that led me here, to the amazing success that “Redneck Crazy” has had–where fans are singing the words back to me– and to be releasing an album, is just an indescribable feeling. I can’t wait to share more about the album soon.”

Tyler’s fan base also continues to grow, with Facebook users growing 600 percent in the last three months alone. Fans can keep up with Tyler by visiting his web site at TylerFarr.com or by following him on Twitter @tylerfarr. His single “Redneck Crazy” is currently available HERE.

An avid outdoorsman, Farr found a friend in award-winning songwriter and fellow outdoorsman, Rhett Akins, who had heard some of Farr’s music and wanted to work with him. After writing with some of the best songwriters in Nashville, Farr eventually landed a publishing deal with Sony ATV/Monument Publishing, which ultimately helped him land his recording contract with Sony Music Nashville. In addition to recording and songwriting, Farr has toured extensively with Colt Ford, for whom Tyler wrote the song, “Hey Y’all,” and has opened for Jerrod Niemann and Lee Brice on The Higher Education Tour and released his first four-song EP, Camouflage.