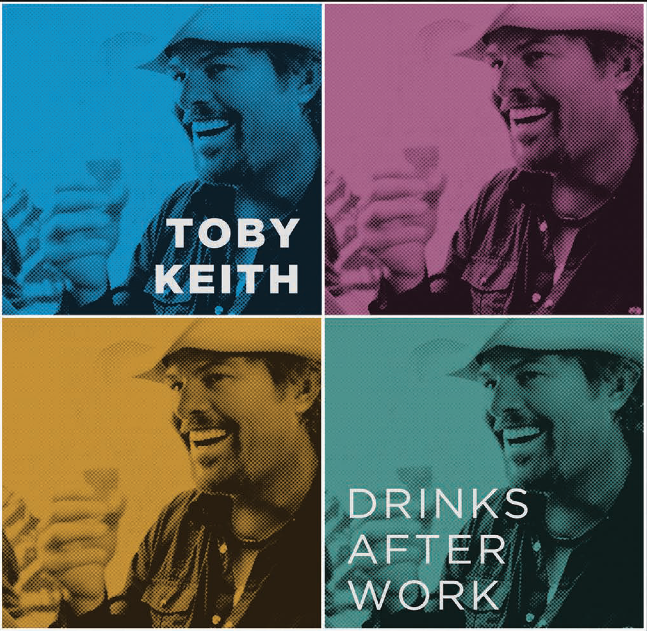 In “Drinks After Work,” the new single from his upcoming, currently untitled album, superstar singer-songwriter Toby Keith gets to the heart of happy hour. The relaxed, catchy track captures the essence of bellying up to the bar with friends after a hectic day. To celebrate the June 25 digital release of his new song, Toby wants to put those libations on his tab.

For a 24-hour period starting June 24, fans can play beer pong at TobyKeith.com while “Drinks After Work” streams. While singing along to lyrics like “havin’ fun, two-for-one,” they can use the simple, intuitive spacebar interface to send virtual ping-pong balls on a sweet arc toward a field of “Red Solo Cup(s).” High scorers will win gift cards that they can use to bankroll a festive, post-grind evening of drinks with friends.

“Drinks After Work” released to country radio on June 11 and looks to be another hit for Keith, a relentless chart-topper. The as-yet untitled album it will be released on is due later this year. In the meantime, Toby Keith is out on the road on his Hammer Down Tour Presented by Ford F-Series. As the tour revs up, Toby and Ford Trucks are partnering to send one fan speeding toward some amazing prizes in the Hammer Down Sweepstakes. The grand prize winner will receive a new 2014 Ford F-150 with EcoBoost®, as well as an exclusive backstage barbecue with Keith prior to one of his shows. Entries are now being accepted at TobyKeith.com/Ford.

Verizon Wireless is offering a text-to-donate capability before, during and after the benefit concert. Beginning today, customers of any wireless carrier may donate by texting the keyword REBUILD to 52000, which will give an automatic $10 donation to the United Way of Central Oklahoma’s May Tornadoes Relief Fund. Verizon Wireless customers will be limited to five text donations.

For updates on the Oklahoma Twister Relief Concert and the Hammer Down Tour, please visit tobykeith.com.