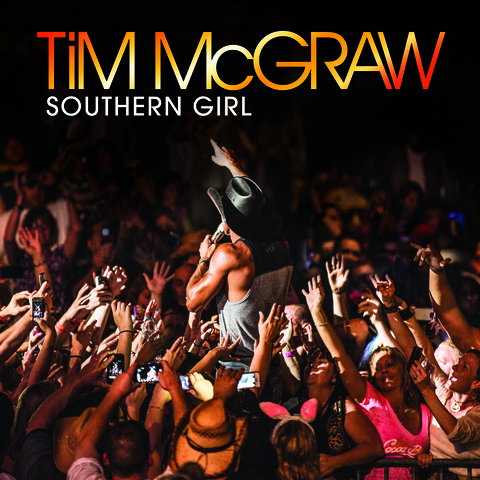 Country superstar Tim McGraw‘s “Southern Girl” is being released to radio today as the fourth single from his Big Machine Records debut, TWO LANES OF FREEDOM.  The “seductively melodic” (Pittsburgh Post-Gazette) track has had an infectious reaction from fans on the TWO LANES OF FREEDOM 2013 Tour, which continues to sell out venues coast to coast.

“At the beginning of the tour, we threw a lot of new songs into the set list, and that’s always a risky thing when an album is so brand new,” said McGraw.  “It didn’t take a whole weekend out there before the girls were shouting at us to play ‘Southern Girl.’  The song has a really cool groove to it that just gets everyone moving and sets the right tone for a perfect summer night.”

McGraw has hit a new top speed on the TWO LANES OF FREEDOM 2013 Tour that has capacity crowds topping out at more 21,000 fans a night, while catching a renewed level of excitement from music critics.