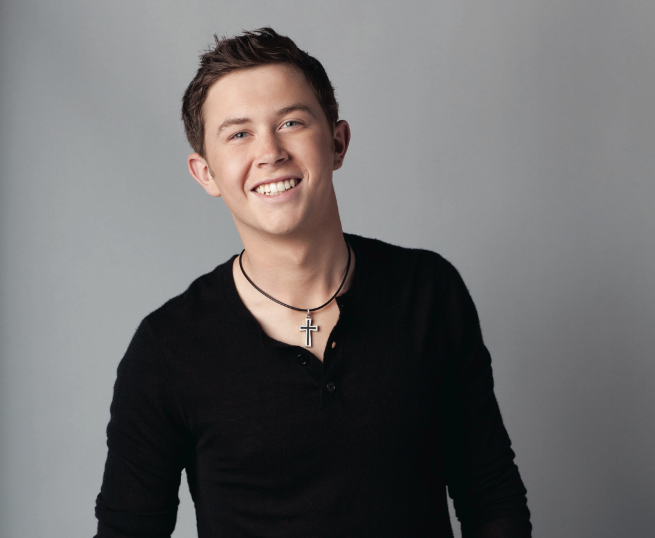 Platinum-selling recording artist and Season 10 American Idol winner Scotty McCreery is set to perform his current single, “See You Tonight” on The Tonight Show With Jay Leno on Monday, June 3rd at 11:35/10:35c on NBC.

“See You Tonight” is the lead single off of his forthcoming sophomore album, scheduled for release later this year on Mercury Records/19/Interscope.  The song, written by McCreery, Ashley Gorley, and Zach Crowell, is one of several tracks on his upcoming project that Scotty has co-written.  The new album follows his Platinum debut album Clear As Day, which was the best-selling solo Country album of 2011 and spent six weeks at #1 on the Billboard Country chart.

Scotty fans will have even more opportunities to catch him on the road as his first headlining tour, the “Weekend Roadtrip Tour 2013,” has been extended through the end of 2013. The tour features hits such as “The Trouble With Girls,” “Water Tower Town” and “I Love You This Big” from Clear As Day, as well as a few classic covers. Scotty is also performing new music from his next album. Fans can visit scottymccreery.com as new dates will be listed soon.

McCreery has also been announced as a presenter on the upcoming 2013 CMT MUSIC AWARDS, which airs LIVE on Wednesday, June 5 at 8:00 p.m., ET/PT on CMT and CMT.com.