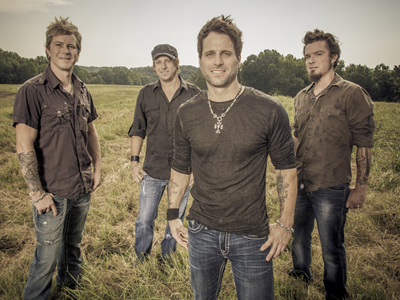 Today, Parmalee unveils the brand new music video for its current smash single, “Carolina”, exclusively on YouTube’s Country Now. This is the first music video to premiere on the online channel.

Co-Directed by Jonathan Frazier and Zach Prichard of Rhetorik Creative, the video was shot at Studio Berry Hill, minutes from Downtown Nashville and Music Row. “Carolina” serves as homage to the band’s home state of North Carolina and to life on the road. The video is comprised of three scenes: The girl back home missing her love; the touring musician longing to be home; and a performance by Parmalee, which serves as a juxtaposition between the two.

“The directors did a great job of taking ‘Carolina’ and putting a creative twist on it for the video,” said lead singer Matt Thomas. “It’s a song about the people you love and how they make you feel at home no matter where you are. I think the video really hits that, but in a way you haven’t seen before.”

“I really like their [the directors’] concept of having three scenes that are separate, but connected all at the same time,” added Barry Knox, bass player for Parmalee. “And then there’s the twist at the end. I’m excited for our fans to see it.”

Fans will have the opportunity to chat directly with Parmalee via Twitter tonight on the #CMchat, the first and only registered LIVE “Country Music Chat” on Twitter every Monday at 6pm PST/9pm EST.  Visit cmchatlive.com/chat/.

On Tuesday, June 25, the band will be featured on an episode of Hear & Now, one of Country Now’s original program series. Visit youtube.com/user/CountryNowTV to catch Parmalee’s performance on the show.