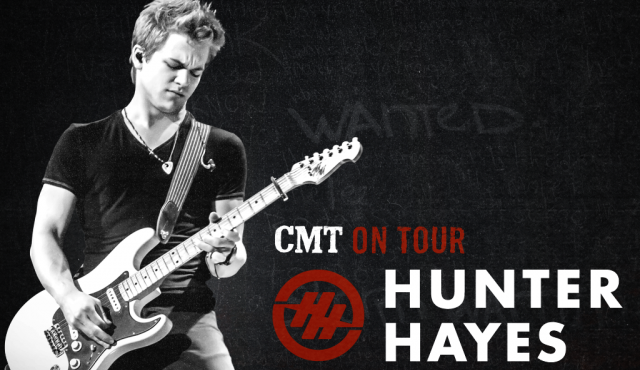 With Hunter’s new mobile app, fans can also unlock exclusive images, audio and video by completing a series of “missions” which range from simply liking or sharing on Facebook or Twitter to multiple choice/fill in the blank trivia questions all about Hunter. Content is updated often and the more you unlock, the better and more exclusive opportunities you can earn.

Now entering its 12th year, CMT on Tour has a long history of working with such superstars as Miranda Lambert, Luke Bryan, Jason Aldean, Keith Urban and Brad Paisley. This is Hunter’s second headlining tour following his sold-out MOST WANTED tour last year and he has shared the stage with greats like Taylor Swift, Rascal Flatts, Keith Urban, Lady Antebellum and most recently with Carrie Underwood on her 90-date Blown Away tour. The CMT on Tour: Let’s Be Crazy tour tickets will go on sale on June 14 and June 21 at HunterHayes.com/Shows. Check HunterHayes.com and cmtontour.cmt.com for ticket on-sale information.

In addition to CMT on Tour, Hayes will perform on the CMT Music Awards on June 5 in Nashville, where he is nominated for three awards including “Video of the Year.” On June 18, Hunter will headline New York’s Webster Hall for a SOLD OUT performance as part of MTV’s Artist to Watch series which will be livestreamed on MTV.com and CMT.com.

*Ashley Monroe will not be appearing in Muncie.