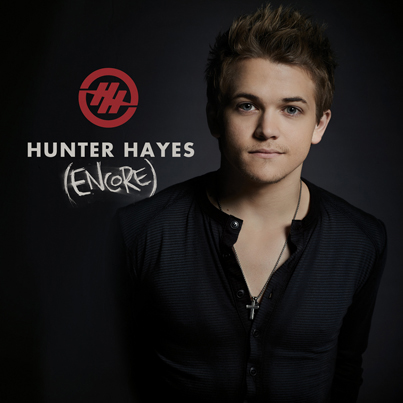 The album went to the No. 1 spot on Billboards Country Chart and the current single, I Want Crazy is rapidly approaching Top 5 selling over 100,000 copies last week alone. The album features eight new or re-recorded songs in addition to collaborations with GRAMMY award-winner and platinum-selling artist Jason Mraz and critically-acclaimed Warner Bros. Records artist Ashley Monroe.

Hunter kicked off release week by performing “I Want Crazy” on NBC’s The Voice finale in front of over 15 million viewers catapulting the single to No. 1 on iTunes country single chart. Immediately following, he and his band caught a red eye flight to New York to perform a sold-out show at Webster Hall. Wrapping up this monumental week, Hunter had his debut TODAY Show Summer Concert where he performed for fans that spilled out into the streets with helicopters flying overhead to catch the whole scene unfold. Needless to say, it was a Crazy week for Hunter Hayes.

Hunter will also be kicking off his CMT On Tour: Lets Be Crazy tour this fall with 24 dates in 21 cities. In less than an hour, Hunter sold out two nights at Nashvilles Ryman Auditorium and additional dates are on sale now. For more information, please visit HunterHayes.com/Shows.