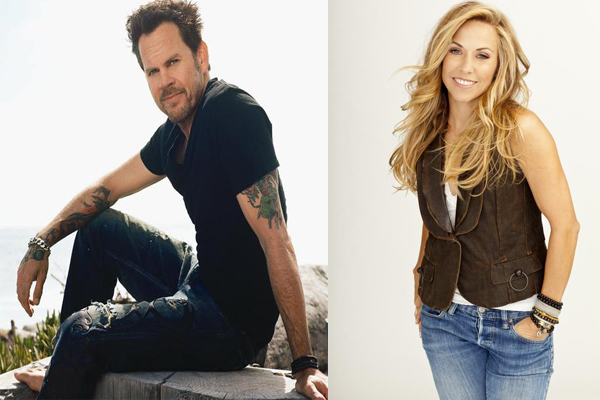 Sheryl Crow and Gary Allan confirmed this morning the two have plans to co-headline the Free And Easy Tour this fall. Shows at The Greek Theatre in Los Angeles, the Santa Barbara Bowl and the Rabobank Arena in Bakersfield were announced today.  Tickets for the shows will go on sale this Saturday, June 29th.

Sheryl Crow and Gary Allan are a can’t-miss touring combo and a perfect pairing.  Crow is a nine-time GRAMMY award-winning artist with over 35 million records sold.  Her debut country single “Easy” is off her forth-coming Warner Bros. Records release, Feels Like Home, due out September 10. This marks the first country album of Crow’s celebrated career. Allan is a maverick in the mainstream country world.  A surfer whose upbringing in Southern California taught him the art of blending rock and country seamlessly in his live shows.  With five platinum albums under his belt, Allan topped the Billboard Country Album chart as well as the Billboard 200 Pop Album Chart in February with his new album Set You Free.

“Sheryl and I met while doing some guitar pulls earlier this year and started talking about doing something together.  The timing seemed right and ‘Free and Easy’ just came natural to us both,” said Allan.  “If we’re near you, come on out.  It’s going to be a good time.”

“I love Gary’s music,” said Crow. “He puts on the kind of show that I like to go see so I am thrilled to be out with him on tour, and really look forward to be able to perform my new music to the country fans this fall.”

Additional dates are scheduled to be announced soon.