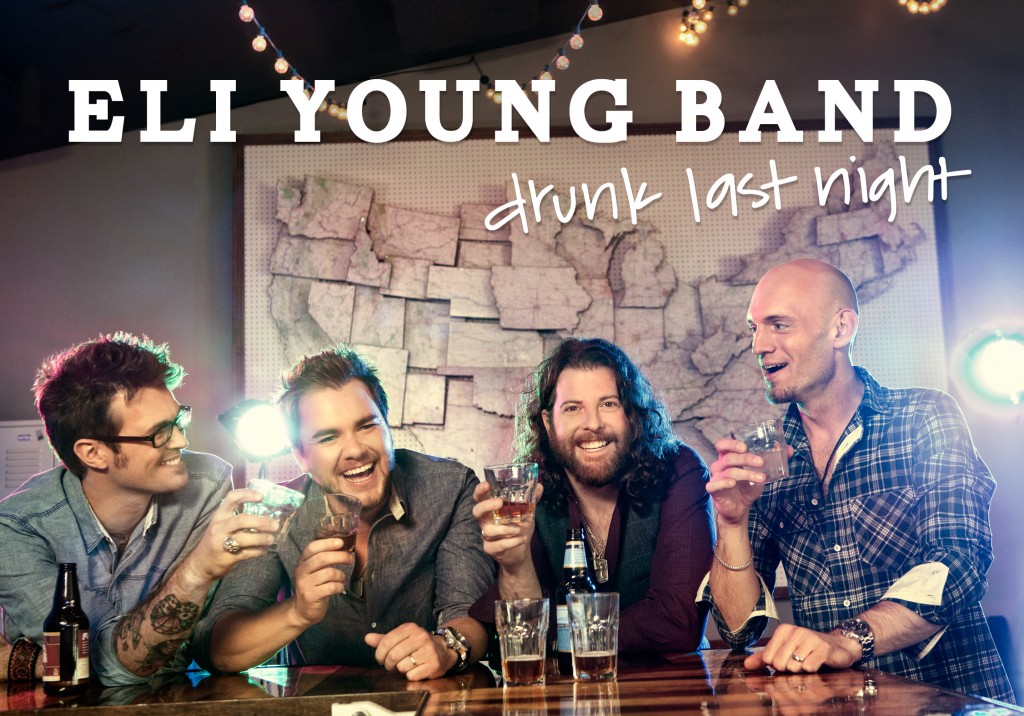 As temperatures begin to rise, so do emotions in Eli Young Band’s brand new single, “Drunk Last Night,” which is available today (6/25) on iTunes HERE. The band has been previewing new music out on tour and if the fan reaction is any indication, another smash is on the way! The lead single from their second Republic Nashville album will officially impact Country radio on July 1.

“’Drunk Last Night’ starts the next chapter for EYB. We loved our last record and we are lucky enough to have a song from that reach double platinum. We set the bar high on these next set of songs, no pun intended, and we are thrilled to release our first single from those sessions … the response has been huge out on the Kenny Chesney tour!” said Jon Jones, EYB bassist.

EYB’s LIFE AT BEST album has proven to be wildly successful, garnering both fan and industry recognition as well as a wave of critical acclaim and back-to-back #1 hits with “Crazy Girl” and “Even If It Breaks Your Heart.” Now, the talented foursome is celebrating RIAA DOUBLE PLATINUM certification of “Crazy Girl” for over two million copies sold thanks fans like these: smarturl.it/EYBvid. “Crazy Girl” previously scored EYB their first ACM Award for Song Of the Year and was named the Billboard #1 Country Song of the Year.

The band has also received ACA, Billboard, CMA, CMT and Teen Choice Award nominations. Their second-consecutive #1 smash, “Even If It Breaks Your Heart,” garnered their first-ever GRAMMY nominations for both Best Country Song and Best Country Duo/Group Performance. The PLATINUM-certified song, whose message parallels EYB’s journey, became their first-ever #1 in Canada and was featured on ABC’s “NASHVILLE” and The CW Network’s “HART OF DIXIE.”

In addition to their own headlining dates, EYB is on the road with Kenny Chesney for the NO SHOES NATION TOUR.  For tour dates and more, visit EliYoungBand.com.