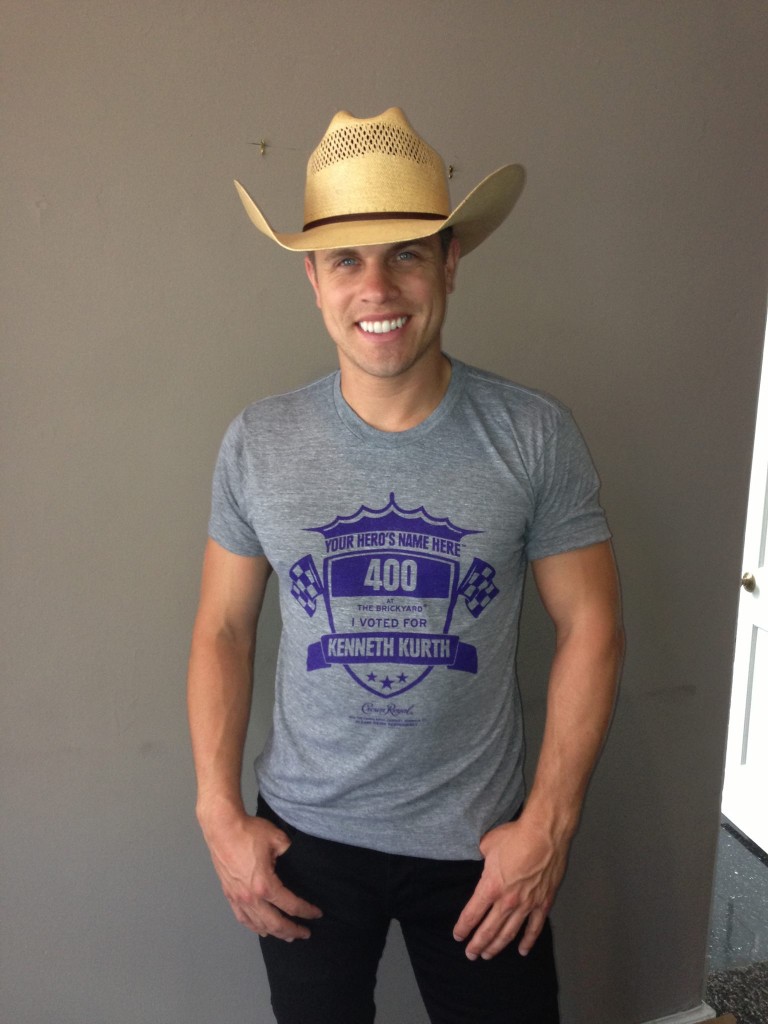 Country Music Artists have teamed up to support the Brickyard 400 “Your Hero’s Name Here” Race sponsored by Crown Royal. The winner will be revealed in late June and Justin Moore will be in Indianapolis to perform during race weekend (July 27-28).

After receiving thousands of entries for men and women across the country, the field was narrowed to these five individuals whose stories reflect acts of selflessness and an ongoing commitment to give back to their communities:

To learn more about these finalists, please visit the Crown Royal YouTube Channel to view short videos about their amazing stories.

Dustin Lynch is one of many country artists supporting the “Your Hero’s Name Here” Race, and he voted for Kenneth Kurth.  We have a chance for you to WIN an “I Voted For Kenneth Kurth” T-Shirt (as seen above), Autographed by Dustin Lynch!  Simply Like us on Facebook .  Three winners will be randomly selected for an autographed t-shirt after contest closes on June 21. One Entry Per Person. Good Luck!

One reply on “CONTEST: Enter To Win A “Your Hero’s Name Here” Tshirt Autographed By Dustin Lynch”