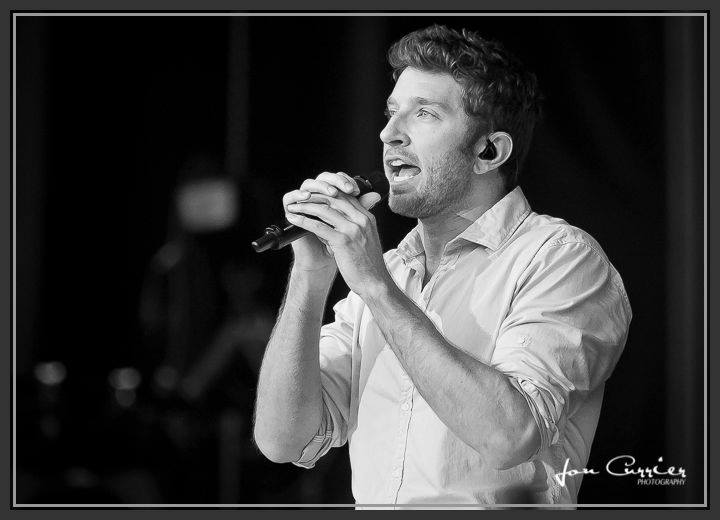 The CMA Songwriters Series returns to the acclaimed Joe’s Pub in New York City for a special two-night event on Tuesday, July 23 and Wednesday, July 24. Celebrating nine remarkable years, the CMA Songwriters Series features special guests Brett Eldredge, Steve Wariner, and songwriter Bob DiPiero, who will also serve as the evening’s host. Tickets go on sale today at 2:00 PM/ET and show times for both nights will be 6:30 PM and 9:00 PM/ET.

Country singer and songwriter Wariner was discovered by Dottie West at age 17 while playing in a club in Indianapolis. She hired him on the spot as her bass player, and he toured with her for three years. Wariner went on to play bass in Bob Luman’s band. Through guitar virtuoso Paul Yandell, he met his idol, Chet Atkins, who hired Wariner to play bass in his band. Atkins eventually signed Wariner to his first recording contract at RCA in 1977. Wariner has had over a dozen No.1 hits as an artist including “All Roads Lead To You,” “Where Did I Go Wrong,” and “Small Town Girl.” As a songwriter he has had seven No.1 hits including “Longneck Bottle” recorded by Garth Brooks and “Nothin’ But The Taillights” recorded by Clint Black.

Joining Wariner and DiPiero will be Brett Eldredge (“Watch The World End With You” recorded by Trace Adkins and featuring Colbie Caillat, “I Think I’ve Had Enough” recorded by Gary Allan). With his debut album, Bring You Back, slated to be released Aug. 6 on Atlantic Records, featuring the new Top 15 single “Don’t Ya” (a song he co-wrote), Eldredge is finally getting a chance to share a story of his own. “I always gravitated towards big voices, because as a kid I had this big voice coming out of me,” says Eldredge. “I was hooked on the story that somebody would be telling through their voice.”

CMA Songwriters Series host DiPiero (“Southern Voice” recorded by Tim McGraw, “Blue Clear Sky” recorded by George Strait, and “Lovin’ You Is Fun” recorded by Easton Corbin) will join Wariner and Eldredge, sharing the entertaining stories behind some of his most popular hit songs as well. DiPiero has had over 1,200 songs recorded by other artists, countless hit singles, and an astounding fifteen No. 1 hits.