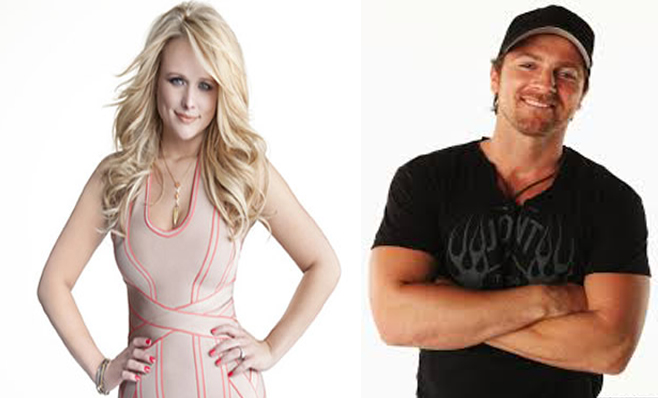 “Nashville’s songwriters are the best in the world and CMA is excited to return to Boston to showcase some of these spectacular artists again,” said Steve Moore, CMA Chief Executive Officer. “It’s great to see how this series has grown since it began in 2005, expanding to play in cities across the U.S., and overseas in places like the U.K. and Paris. Boston has given us such a warm reception and we are thrilled to continue to share the remarkable stories behind the hit songs with the terrific fans there.”

Lambert is the reigning CMA Female Vocalist of the Year and Song of the Year winner for “Over You.” She also won the CMA Album of the Year trophy in 2010 for Revolution. Lambert’s songwriting credits include “Baggage Claim,” “White Liar,” and “Gunpowder and Lead.”

MCA Nashville recording artist Moore’s debut album, Up All Night, released last year, hit the top 5 on the Billboard Country chart. Moore had a hand in co-writing every song on the album including “Beer Money,” the chart-topping “Somethin’ ‘Bout a Truck,” and his current single “Hey Pretty Girl.”

Joining Lambert and Moore will be James (“Jesus Take the Wheel” recorded by Carrie Underwood and “Mr. Know It All” recorded by Kelly Clarkson). James has had more than 11 No.1 hits.

CMA Songwriters Series host DiPiero (“Southern Voice” recorded by Tim McGraw, “Blue Clear Sky” recorded by George Strait, and “Lovin’ You Is Fun” recorded by Easton Corbin) will also return to the stage, sharing the entertaining stories behind some of his most popular hit songs. DiPiero has had more than 1,200 songs recorded by other artists, countless hit singles, and an astounding 15 No. 1 hits.