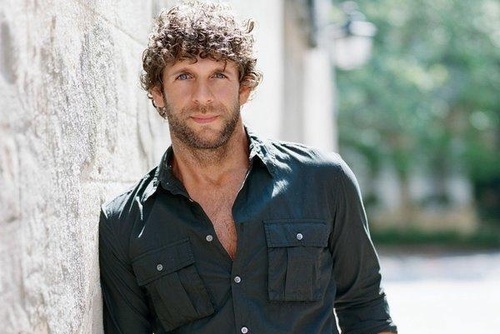 Mercury Records recording artist Billy Currington will release his new album,We Are Tonight, on September 17.  With a string of seven career No. 1 singles, the highly anticipated album is Currington’s first in three years.

The lead single from the project, “Hey Girl” is currently Top 25 and climbing the country radio charts.  The single garnered Billy his biggest first-week track sales ever and has remained in the Top 25 on the country singles sales chart for five consecutive weeks.  Currington worked with three producers on We Are Tonight including longtime producer Carson Chamberlain, Dann Huff and Shy Carter.

“This album is the first time that I have ever worked with three different producers,” explains Currington.  “It wasn’t planned but just kind of happened that way.  It was a great experience to be able to bring a different sound to this album and I hope the fans love it as much as I do.”

Currington taps into the amazing Nashville songwriter community for We Are Tonight, as well as, covering fellow surfer Jack Johnson’s “Banana Pancakes.”  The album features intimate moments like on “23 Degrees and South,” youthful nostalgia on the title track “We Are Tonight” and a fun, playful side on “It’s Hard To Be A Hippie” which features Willie Nelson.

Currington is a Grammy nominated and Platinum selling artist whose No. 1 singles include “Don’t,” “Good Directions,” “Let Me Down Easy,” “Must Be Doin’ Something Right,” “People Are Crazy,” “Pretty Good At Drinkin’ Beer” and “That’s How Country Boys Roll.”