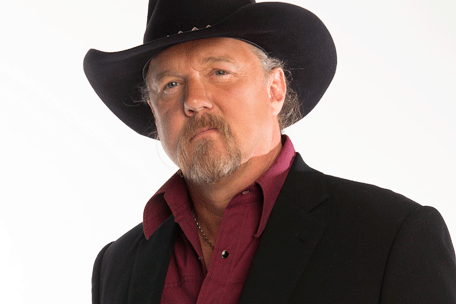 Trace Adkins’ 11th studio album, Love Will… was released last week by Show Dog-Universal Music as the country star won NBC’s All-Star Celebrity Apprentice with over $1.5 million raised for the American Red Cross. The album is available on iTunes HERE.

After street week performances on the Today Show, Fox & Friends, SiriusXM’s Sounds of Summer broadcast and the live Celebrity Apprentice Finale, Adkins now readies to serve as an Honorary Grand Marshall in the 2013 National Memorial Day Parade in Washington, DC. He will be featured on cover of Country Weekly (on-stands 5/24) and perform on the Tonight Show with Jay Leno on June 12th.

The fan submissions were so touching, an online video has been launched with highlights. Of the track, USA TODAY declares, “Not many guys could pull off a love song about the apocalypse, but danged if Adkins doesn’t make it sound romantic.”

At the heart of the excitement is an emotional album from the outspoken roughneck. With vocal variety and a thematic focus, Love Will… tackles the world’s greatest emotion and features two-time Grammy Award winning singer/songwriter, Colbie Caillat, the esteemed Harlem Gospel Choir and rock/country veterans, Exile. The impressive list of producers includes Tony Brown, Mark Wright, Frank Rogers, Kenny Beard and Mickey Cones.

Leave a Reply
Back to Top