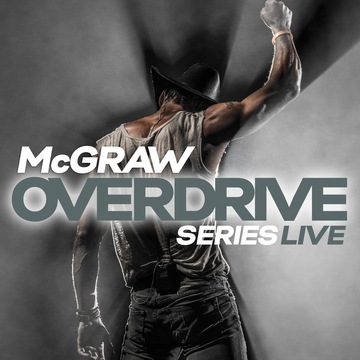 Superstar Tim McGraw will be releasing live tracks from his TWO LANES OF FREEDOM 2013 Tour, powered by Pennzoil, for the first time ever this summer as part of his new program “McGraw Overdrive Series Live.”

The first track, “Southern Girl,” will be available starting this Friday, May 24 exclusively at timmcgraw.com with four other live songs to be released on June 7, June 21, July 12 and July 26. Fans will be able to purchase tracks individually or all five together.  All of the songs featured will be from McGraw’s Big Machine Records debut, TWO LANES OF FREEDOM.

“The sound and energy from a live show gives an entirely new perspective to any song,” said McGraw. “I’m always looking for ways to give the fans something extra.  If you’re at the show, it’s a cool memory to add to your playlist. And if you couldn’t get a ticket to the show that night, you can still hear some of what happened and maybe feel like you were there.  It’s a first for me to release live tracks this way, and that’s exciting.”

“McGraw Overdrive Series Live” is powered by nugs.net, the premier platform for live music distribution and webcasts for artists ranging from Metallica to Pearl Jam to Phish. Founder and CEO Brad Serling adds, “No major country artist has ever released live tracks direct to fans during a tour like this, and we’re thrilled to help McGraw break new ground.”

Coming off sold-out shows in Pittsburgh and Detroit this weekend, McGraw’s TWO LANES OF FREEDOM 2013 Tour continues to heat up the summer with Tampa Tribune commenting that, “While some artists tend to appeal to a particular fan base, McGraw continues to grow new audiences, who enjoy his shows for the same reasons fans launched him on the path to megastardom 20 years ago.”  The tour continues this weekend with stops in St. Louis, MO (5/23); Chicago, IL (5/24); Cincinnati, OH (5/25) and Darien Lakes, NY (5/26).