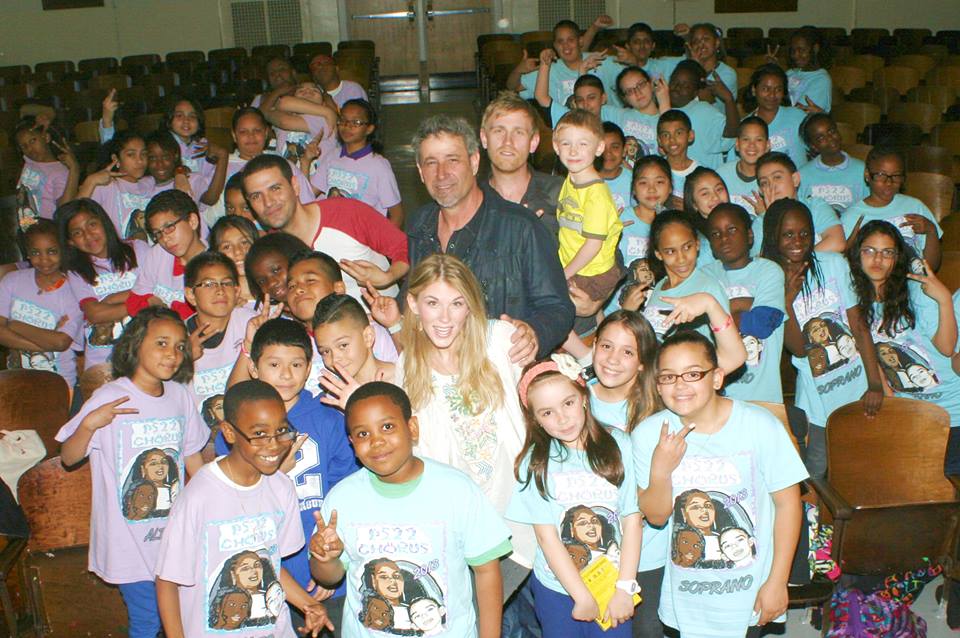 Last week, Arista Nashville family recording trio The Henningsens paid a call on Public School 22 in Graniteville, Staten Island, New York, for a visit and performance with the talented fifth graders of the acclaimed PS22 Chorus. The chorus joined The Henningsens for a rendition of the trio’s hit debut single, “American Beautiful,” as well as a cover of this week’s #1 Billboard Pop Songs radio airplay smash, Justin Timberlake’s “Mirrors.”

Both performances debuted online, with “Mirrors” attracting fast attention with a story online at RyanSeacrest.com and a tweet from On Air/Ryan Seacrest (@OnAirWithRyan) declaring, “We dare you not get emotional watching the kids of @PS22Chorus cover Justin Timberlake’s (@JTimberlake) ‘Mirrors’.”

A tweet from The Henningsens (@TheHenningsens) offered, “The @PS22Chorus is such an inspiration! We had so much fun covering @jtimberlake’s ‘Mirrors’ with them! So talented!!”

Fans can also look for Aaron Henningsen’s young son, Wesley, who was traveling with the group, in a cameo at the close of the clip for “American Beautiful.”

“American Beautiful,” The Henningsens’ debut single from their self-titled May 28 digital EP release, is #17 and #18, respectively, this week on the Country Aircheck and Billboard country airplay charts.

Keep up with The Henningsens online at TheHenningsens.com, Facebook.com and on Twitter.