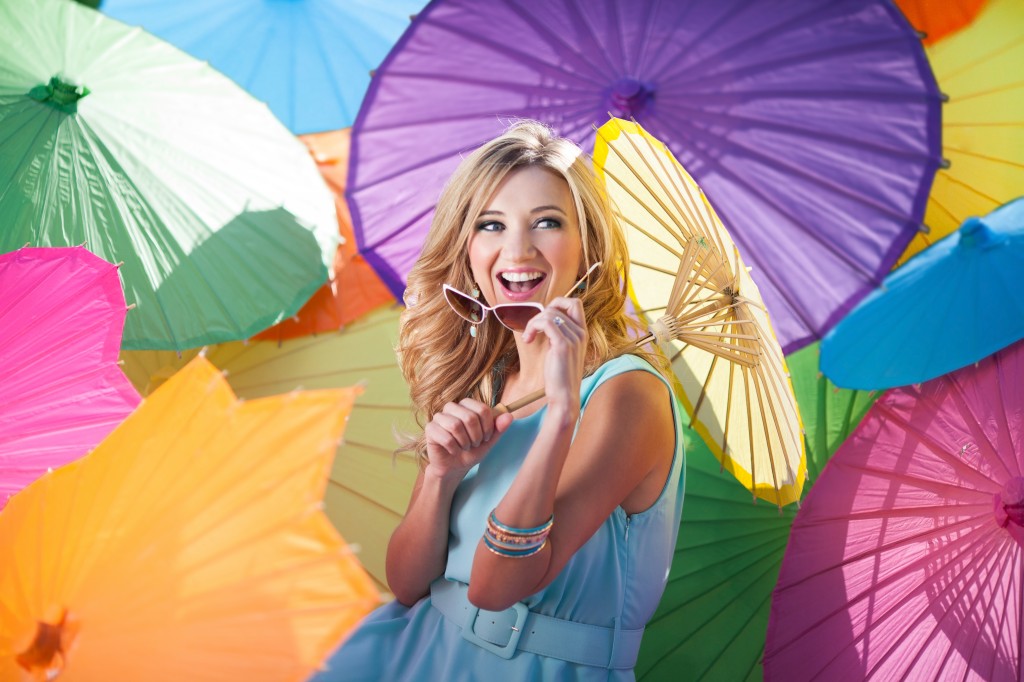 With the unofficial start to summer comes beach bags, sunscreen, ice-cold refreshments and country star Sarah Darling‘s “Little Umbrellas.” The upbeat and breezy summertime track, which leads listeners to a carefree escape from heartbreak, makes its exclusive World Premiere on Sirius XM ‘s “The Highway” today, Tuesday, May 28 at 3 p.m. CDT / 4 p.m. EDT. The song will be available for download on iTunes beginning Tuesday, June 4.

“While we explore signing with a new label partner, I want to make sure we have fresh Sarah Darling music on the radio,” he says. “And I feel that ‘Little Umbrellas’ will continue to build her story. It is simply a great summer song that shows her fun, upbeat personality.”

Partners retained to lead the independent single launch include 764 Records, distributed by Red Distribution (a division of Sony Music Entertainment), former CMT executive Jay Frank’s DigSin, and The Aristomedia Group. In addition, the Nashville Convention & Visitors Bureau will distribute an e-blast highlighting the song to over 250,000 subscribers on Wednesday May 29, as an official kick-off announcement to summer in Music City 2013.

Having sold nearly 125,000 downloads of former hit “Home To Me,” (which led to a No. 1 music video on CMT Pure ), and appeared on ABC’s The Bachelor, CONAN, FOX & Friends and more, Darling is poised for major hit success with “Little Umbrellas.”

In anticipation for the World Premiere, Darling says, “Who doesn’t love a little umbrella drink! It’s a song that makes you want to sway in the breeze, and immediately put your toes in the sand. I’m thrilled Sirius XM’s ‘The Highway’ is making the world premiere! They’ve been incredible to me in my career. Enjoy my soundtrack of summer!”

Sirius XM John Marks adds, “Thanks to Sarah Darling for choosing ‘The Highway’ to World Premiere ‘Little Umbrellas.’ I think it’s the strongest song she has put out to date.”