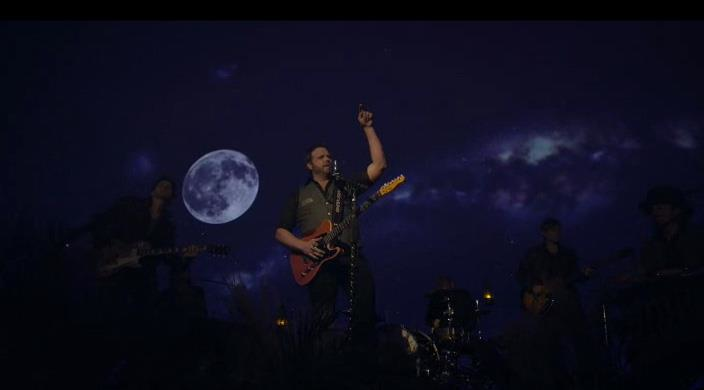 Randy Houser’s taking his fans on a night ride via his brand new video for Runnin’ Outta Moonlight! The video premiered exclusively on CMT, CMT.com and CMT Pure Friday, May 10 and can be seen HERE.

The first ever to be shot inside a planetarium (filmed at Nashville’s Sudekum Planetarium) the video features Randy and the band’s performance with the night sky and full moon as the backdrop. Go inside the making of the video with Randy and director Wes Edwards here.

“‘Runnin’ Outta Moonlight’ was a last minute find for us,” says Houser on recording the track.  “My buddy Dallas sent me the song the day before our last day in the studio. Wes then came in with such a great concept for the video with the planetarium and effects; I’m really proud of the way it all turned out.”

Randy’s last hit, How Country Feels, has also been nominated for Breakthrough Video of the Year at the 2013 CMT Music Awards. Fans can cast their votes for the video HERE.