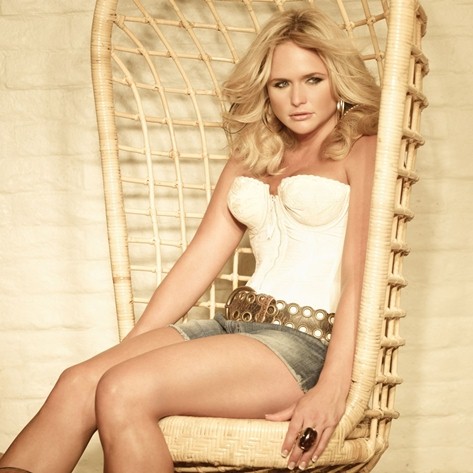 With the news that Miranda Lambert scored her fifth # 1 single in Country Aircheck, reigning and 4 time ACM Female Vocalist of the Year Miranda Lambert quickly tweeted, “It never gets old knowing that people enjoy my music. Thanks for playing it, buying it and coming to see it live.”

Miranda knew she wanted to record the song the moment she heard it. “The reason I love this song is because it’s about how sometimes when you get your heart broken, you kinda go a little bit crazy,” admitted the 3 time and current CMA Female Vocalist of the Year. “You drink too much, you smoke too much, you cut your hair … you find a rebound. Sometimes your mama, if she’s like my mama, has to slap you around and say, ‘Straighten up, girl!'”

“Mama’s Broken Heart” is the fourth single from her record setting “Four The Record” album which has already yielded the # 1 ACM Song and Single of the Year “Over You,” as well as the hits “Fastest Girl In Town” and “Baggage Claim.” Her Locked & Reloaded Tour with Dierks Bentley is in full swing through summer.

In addition to her Locked & Reloaded Tour, Miranda will be in Nashville for Music Fest in early June and will culminate with a performance at LP Field on Thursday night, June 6.