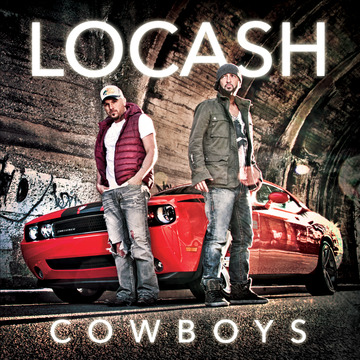 Introducing the album, the lead single, “Chase a Little Love,” is “immensely and endearingly sincere…and the glistening production scores bonus points (Robert Oermann).  View the “fast and furious” video for “Chase a Little Love” on CMT.com, CMT Pure, CMT Mobile, GAC and TCN. In addition, a live acoustic version of the song, shot in California in the beautiful Santa Monica Mountains, is featured on Ram Country on Yahoo! Music’s “Music With a View.”

Talented songwriters as well as entertainers, LoCash’s Chris Lucas and Preston Brust co-wrote ten of the twelve tracks on the album. Gifted songwriter, Jeffrey Steele, also contributed his writing talents on six tracks on the project. One of the highlights of the album is “Independent Trucker,” featuring the late George Jones. The up-tempo country joyride and tribute to the “Possum” was one of the last tracks Jones recorded.

Whether showcasing their light-hearted, fun-loving edge on the redneck anthem, “Hey, Hey, Hey,” “Little Miss Crazyhot,” “Bounce,” or their emotional side on, “I Hope,” “Best Seat in the House,” Chris’s tribute to his late father, and “Keep in Mind,” a parent’s loving farewell to a child venturing into the world, the offering proves to have something for every fan.

“Country music really boils down to the power of the song,” sums up the eloquent Preston Brust. “We wanted to broaden our listeners, to reach the older crowd, the younger crowd, and the middle crowd. And we really tried to pick songs that were the best songs we could find to define LoCash. Hopefully we achieve that in this album.”

“It’s true. We’ve captured everything LoCash is about on this album. It’s all killer, no filler,” adds Chris Lucas.

The band is gearing up for an exciting and jam-packed year in support of their long-awaited debut album scheduled for summer 2013. For more information, including tour dates, visit LoCashCowboysMusic.com.