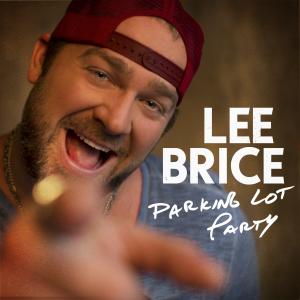 Curb Records and Lee Brice light things up with his new summer anthem, “Parking Lot Party” which will be released on May 13th, 2013 and comes on the heels of his third #1 single in a row, “I Drive Your Truck” which was recently certified Gold by the RIAA. Lee Brice’s latest album continues to impress as TEA (track equivalent album) sales for the current album, Hard 2 Love are currently in excess of 730,000 units. *

Brice was recently nominated for the Nationwide Insurance On Your Side Award for “Best New Live Act” at this year’s CMT Music Awards. This award is determined by fan votes and will be presented via a video presentation during the 2013 CMT Music Awards which will air live from Nashville on June 5, 2013.