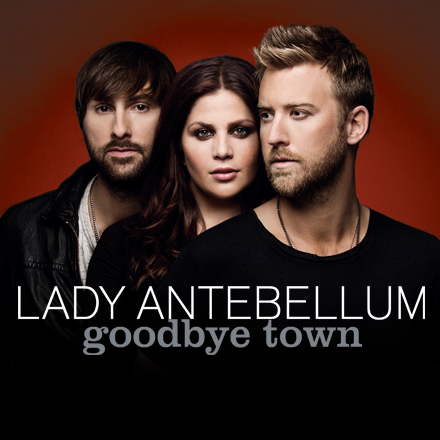 On the heels of their multi-week chart-topping lead single “Downtown,” GRAMMY winning trio Lady Antebellum released “Goodbye Town” today as the second single off their fourth studio album GOLDEN – out tomorrow, May 7. The result of a session between Haywood, Kelley, Scott and Josh Kear, “Goodbye Town” was written backstage during the trio’s OWN THE NIGHT 2012 WORLD TOUR.

“Josh came out to see us on the road because that’s where we did so much of the writing for this album,” said Kelley. “There’s just something about this song that I think people can relate to. It’s that time after a breakup when everything about a place reminds you of that person, so all you want to do is just get the hell out of there. We really wanted the production to reflect that almost haunting feeling.”

Fans can listen to “Goodbye Town” as part of Rolling Stone’s exclusive stream of GOLDEN today on RollingStone.com.

For a full list of upcoming performances and for more info on new music, visit ladyantebellum.com.