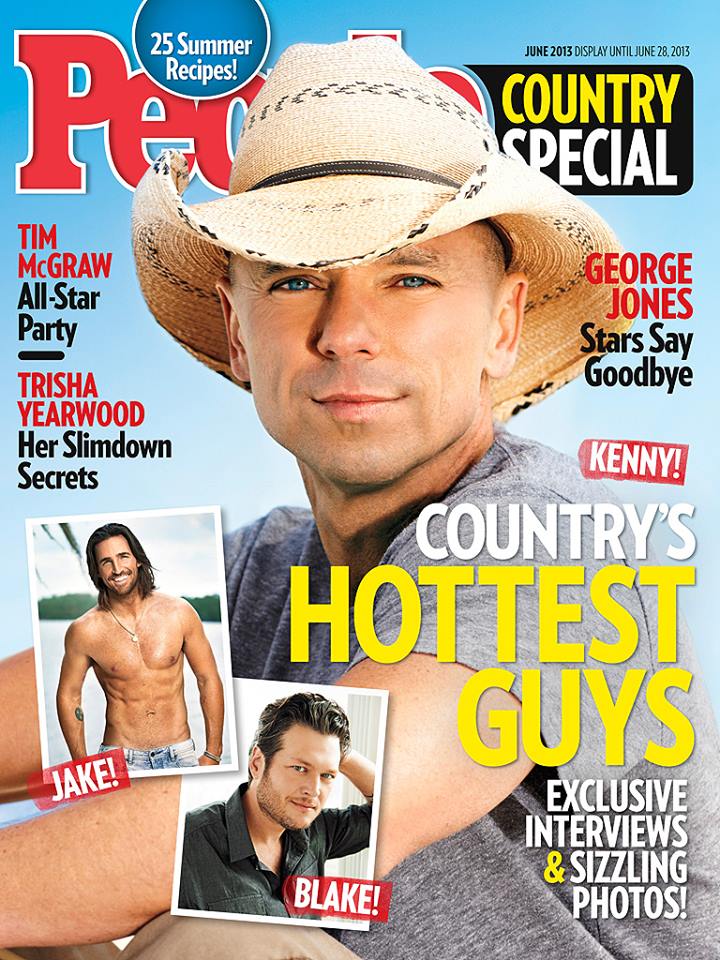 As Memorial Day Weekend kicked off, the Wall Street Journal proclaimed Kenny Chesney “The King of the Road” for his unprecedented ticket sales over the past decade. Now as everyone returns to work, PEOPLE Country names Chesney “Country’s Hottest Guy” on their upcoming cover, which hits newsstands May 31.

Shot on location in Amelia Island, Georgia, where Chesney was rehearsing for his No Shoes Nation Tour, which will play 19 stadiums over the course of the summer, the hardest working, hardest playing singer/songwriter spent the morning on the beach and on his boat with acclaimed photographer Andrew Southam.

“The folks at PEOPLE have always been so great about understanding the way I work,” Chesney says of the shoot. “They came. They waited. They found a beach we could get to… And somehow they managed to make it look like a guy who was moving from one rehearsal to another, then back to the first and shooting a tv special was almost relaxed.”

Not just relaxed, but the man who’s also done time on PEOPLE’s Sexiest Men list was also country music’s hottest guy. As PEOPLE Country Editor Cindy Sanz says of the decision, “Kenny Chesney has always been hot: he’s passionate and fun, and he knows how to cut loose! But what’s really appealing is when he gives you a glimpse of the sensitive soul underneath — and that’s why he’s PEOPLE Country’s 2013 Hottest Guy.”

The man in the magazine’s profile – who recently released his introspective Life On A Rock — is looking at life through a much different prism. LOAR, which marked his 7th Billboard all-genre Top 200 Albums #1 debut, reflects that, too.

“I think you come to places in your life where you realize how precious the moments you don’t notice are,” Chesney says. “Most of Life On A Rock was written for my friends and me — to remember those little moments we’d shared. It wasn’t ever meant to be part of ‘the career,’ but those songs stayed with me. And the more I thought about my life, the more I realized that’s the part of my life that’s so much like the way people who live these songs live, too. Suddenly what was just mine, like having friends at a time in your life that defines you, seemed like something that was important to other people, too.”

Life On A Rock has been picking up some strong reviews. The Chicago Tribune wrote “the country superstar turns down the volume to offer a quieter and more contemplative meditation on sand and sea,” while The Washington Post opined, “It’s a bold move, considering that a new crop of country rockers are selling millions of albums modeled on Chesney’s pounding arena rock sound. But, Chesney follows his muse and offers up an album that exposes his weathered soul. The result is as appealing as it is surprising…”

The No Shoes Nation, meanwhile, is heading west. Chesney brings his full-tilt live show to Seattle’s Century Link Field on Saturday, as well as plays Boise on Thursday. With pirate flags aloft, it will be a wild weekend in the home of the Seattle Seahawks no doubt.