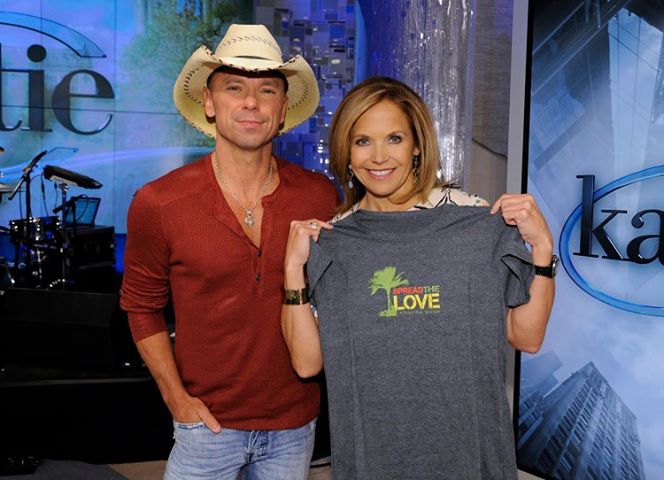 When the Wailers asked Kenny Chesney to help them finish a song they’d recorded in Jamaica years ago, he never thought that song would mean more than a positive message for those who heard it and an incredible memory in a life of amazing musical collaborations. But when Kenny Chesney – like so many Americans – watched the footage of the Boston Marathon bombings, he knew what he wanted to do: literally “Spread the Love.”

Working with the Boston Medical Center to establish a fund devoted to those who needed prosthetic limbs and post-prosthetic care, the Spread The Love Fund was born. Initially set up for donations, as well as all Chesney’s proceeds from downloads of the song he recorded with the Wailers Band from his all-genre Top 200 Albums #1 debut Life On A Rock, Chesney wanted to provide people a way to represent their commitment to helping the profoundly injured in the blast regain as much of their normal life as possible.

To that end, he created a dark heathered gray tee – in both girls and unisex styles – that boasts his logo in Rastafarian colors with “Spread the Love: A Fund for Boston” over the heart and across the back. All net proceeds from the shirts, which can be ordered through his web site, go directly to the STL Fund.

“People like to represent,” says the 8-time Country Music Association and Academy of Country Music Entertainer of the Year. “They want people to know what they believe in… and I think the people of Boston, after what happened, would take heart knowing America still has them in their thoughts.

“Obviously, there’s the ability to make a much larger financial impact from the t-shirts than the song itself, but more importantly, it creates a community of people who are strong for Boston after something unthinkable happened. I love that about my fans: the No Shoes Nation comes together in the most remarkable ways, and this is one more way they can take their strength and put it to work for people who really need the help.”

Chesney presented the very first Spread the Love t-shirt to Katie Couric on her nationally syndicated talk show Monday (May 13). Available for purchase now at the above links, downloads and donations may also be made at: www.bmc.org/kenny 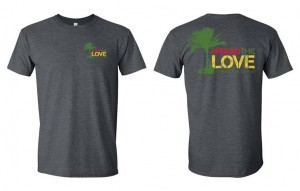 Having rocked 45,000 people at Cowboy Stadium in Arlington Saturday, Chesney is counting his blessings – and wanting to share not just the love, but the healing. “We can live in a very dark place based on what’s on the news every single day, and that wouldn’t be crazy. But I think people are good… They give back and help where they can… That’s what the song ‘Spread The Love’ is all about: remembering we are good at our core, and what we do makes a difference.”

His No Shoes Nation Tour closes with a two-night stand at Foxboro, MA’s Gillette Stadium August 23-24, giving Chesney even more reason to look forward to playing Boston. Having met several first responders at “Katie,” they will be his guests at the Friday show.