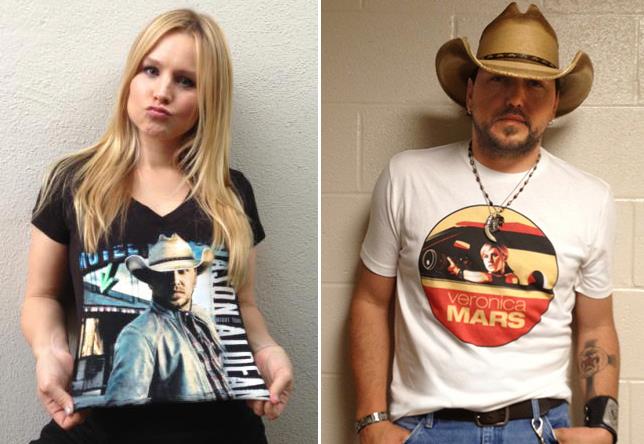 Recent ACM Male Vocalist of the Year winner Jason Aldean is joining forces with television and movie actress Kristen Bell to manage what’s proven to be music’s wildest night of the year, when they host the 2013 CMT MUSIC AWARDS live from Nashville’s Bridgestone Arena on Wednesday, June 5 at 8:00 p.m., ET/PT on CMT and CMT.com.

The duo confirmed their co-hosting duties this afternoon after Bell disclosed this week on Twitter that she was returning as host for this year’s show and teased who her counterpart would be. Fans can read more about Bell and Aldean’s back-and-forth correspondence on Twitter here.