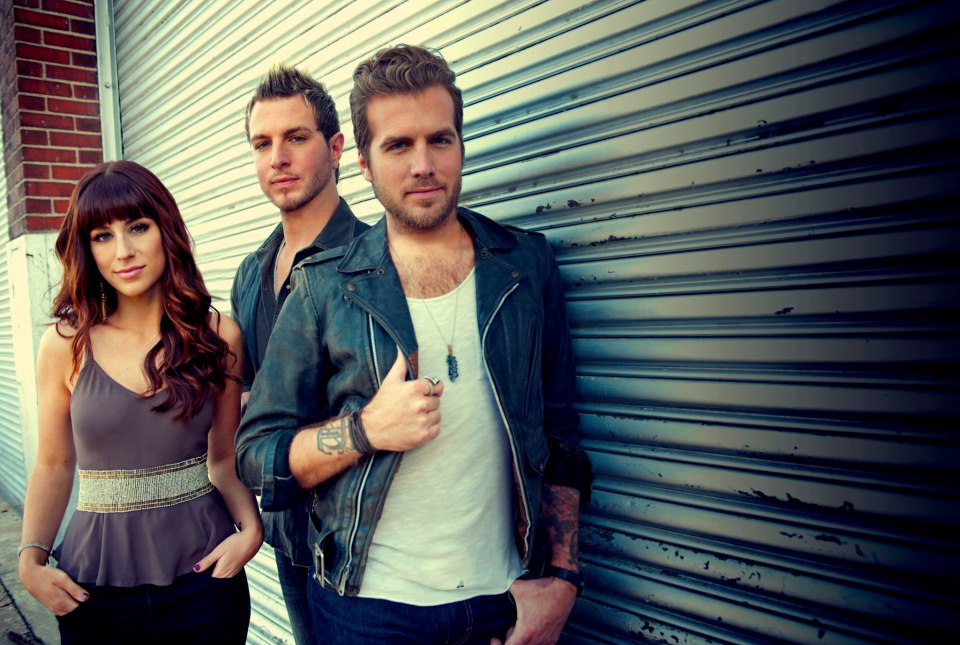 Gloriana celebrates another career milestone as their last single “(Kissed You) Good Night” gets certified Platinum by the Recording Industry Association of America (R.I.A.A.) for selling a million copies. “(Kissed You) Good Night,” which was the most played single by a group at Country Radio in 2012, is from the trio’s critically acclaimed second studio album A Thousand Miles Left Behind. Gloriana’s current single “Can’t Shake You” has landed in the Top 20 on the Billboard Country Singles Chart and is steadily climbing.

“As artists you always want to write a song that truly connects with people and we are so grateful that “(Kissed You) Good Night” has done that,” said Tom Gossin. “Thank you to the fans and country radio for your continued support. We cannot wait to celebrate with everyone out on the road this Summer.”

On June 2nd, before Gloriana heads to the CMA Music Festival in Nashville, race fans in Dover, DE will be treated to a special pre-race concert by the trio in Victory Plaza the morning of the “FedEx 400 benefiting Autism Speaks” NASCAR Sprint Cup Series race. Fans can tune into FOX at 1pm EST (check local listings) to catch the band performing the National Anthem to kick off the day’s race.

Gloriana, who have been out on the road performing headline shows across the country, will host a fan appreciation party at CMA Music Festival to celebrate all the fans for their continued support. The event will be held on Thursday, June 6th at 4:30pm at aVenue. For more information on how to attend the party, which will follow the band’s performance at the Chevrolet Riverfront Stage, please click HERE. On Friday, June 7th Gloriana will perform the national anthem at LP Field to help kick off the nightly concert before they head to Fargo, North Dakota for a performance at Rib Fest the next night.