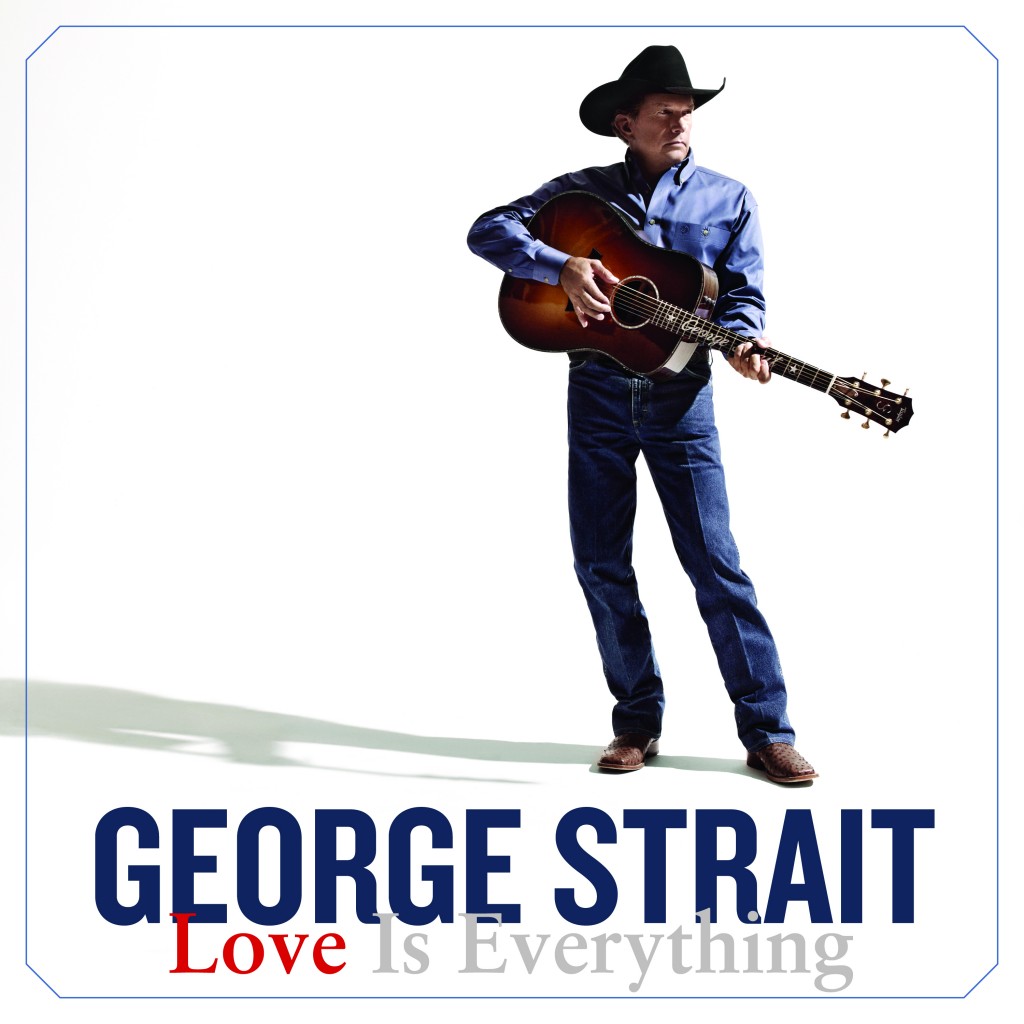 George Strait releases Love Is Everything, his 40th album on MCA Nashville, today, Tuesday, May 14, available at all physical and digital retailers.  Love Is Everything features Strait’s current hit “Give It All We Got Tonight” written by Mark Bright, Tim James and Phil O’Donnell. The song is poised to be the country patriarch’s 60th career No. 1, an accomplishment no artist except the 60-year old Strait has come closing to achieving.

“I’m not sure they’ll learn anything about me they don’t already know,” Strait says with a laugh when talking about the content of Love Is Everything.  “I’ve been doing this a long time and 40 is a lot of records!”  He continues, “It’s always fun putting together songs for a new record. It can also be difficult at times. This one was both for sure, but worth every minute. I think it’s my best release in a while. I hope people enjoy listening to it as much as I enjoyed making it.”

After over 30 years in the business, Strait still looks forward to going in the studio and enjoys it more than ever.  Many of the players on the album have worked on a number of Strait’s projects throughout of his career.

Strait kicked off 2013 in high gear for the first leg of his The Cowboy Rides Away Tour. Only the June 1 show in San Antonio’s Alamodome remains in the sold out tour.  Known as the “house they built for George,” the Alamodome sold out within an astounding six minutes of going on sale. Dates for the second leg of the tour will be announced later this year.

For more information on Strait, Love Is Everything, The Cowboy Rides Away Tour, the Sixty For Sixty movement and more, visit GeorgeStrait.com.