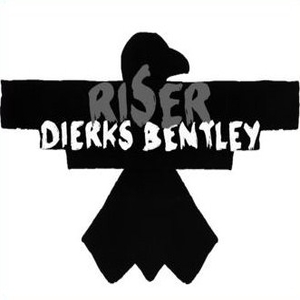 Seven albums into one of country music’s most-respected and most-unpredictable careers, award-winning singer/songwriter Dierks Bentley continues to grow. His latest evolution comes in the form of RISER, a project due this fall that stands as his most personal to date.

Written and recorded in the year following his father’s death, the album draws its title from “I’m A Riser,” a song about resilience and determination. “I’m A Riser” works as a commentary on spiritual, personal and societal recommitment, but it also applies to the competitive battlefield of the music industry. It’s particularly appropriate for an album about rejuvenation delivered by Bentley.

“Life in general has a way of knocking you down,” Bentley says. “It’s different reasons for different folks – could be personal reasons, could be family reasons, your job, drugs, alcohol. That song really applies to anybody that’s lived. There have always been those moments when we have to get back up and get on our feet.  They are defining moments…breakthrough moments.”

Accepting change – and growing from it – is a key theme in RISER, and it’s reflected by the tone of the album, which demonstrates a new artistic depth and an extralevel of intensity for Bentley. It evolves from track to track, exuding a range of emotions, all the while impressing upon the listener that Bentley’s instinct for a hit is stronger than ever. Bentley made significant reconfigurations in his creative team to shake up his sonic texture without sacrificing his commercial drive. He re-enlisted executive producer Arturo Buenahora Jr., who worked on Bentley’s first two albums; and utilized producer Ross Copperman, who co-wrote “Tip It On Back” for Bentley’s current album Home.

The new atmosphere yielded the most focused and intense vocals of Bentley’s career. Some were recorded live with the band as the musicians laid down the tracks, but others were captured in less-than-obvious locales. One track’s vocal was recorded on Bentley’s tour bus. Still others were cut at Copperman’s house with the producer literally at Bentley’s side, pushing him to some of his most emotional, and seasoned, performances.

“It’s not even really a studio,” Bentley says of Copperman’s set-up. “It’s just kind of a corner of the house he’s taken over, so there was a kind of intimacy to the vocal process. It was important to get out of the studio and sing in different places, and to do it with other people in the room. That way, you have an audience and you get a sense of what’s working, what’s not working, when it’s feeling good, not feeling good. It brings a little more emotion and energy out of your voice.”

Since making a life-altering drive with his father from Phoenix to Nashville when he was 19 years old, Bentley has forged his own path in an industry built predominantly on formula.  He has mixed elements of modern country, classic country, bluegrass and rock, maintaining an unmistakable identity while constantly reinventing his sound. His album Home debuted at No. 1 and spawned three consecutive chart-topping hits, marking 10 career No. 1 songs for Bentley as a singer and songwriter. His five previous studio albums have sold more than five million copies, garnered 11 GRAMMY nominations and earned him an invitation to join the Grand Ole Opry. Bentley is currently out on the road playing sold out arenas and amphitheaters on the Miranda Lambert and Dierks Bentley: Locked & Reloaded Tour through October.

For a short trailer on RISER and updates on when the first single will be revealed, check www.dierks.com.