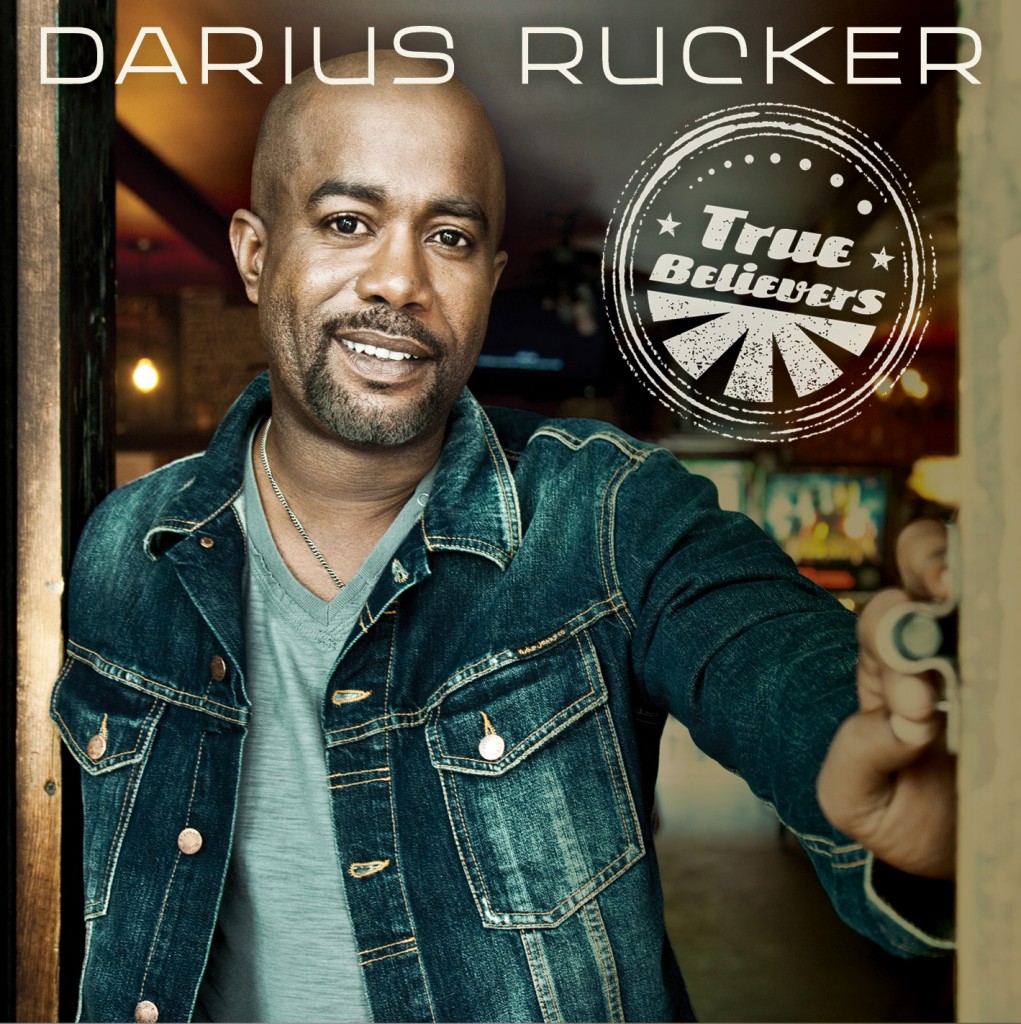 “I am so excited that today is finally here and I can share True Believers with my fans,” said Rucker. “Having ‘Wagon Wheel’ reach No.1 this same week is amazing to me. I’m very proud of this album, and hope everyone enjoys it as much as I do.”

Rucker will perform tomorrow night (May 22) on ABC’s “Jimmy Kimmel Live.” Due to extended news coverage on the tragic aftermath of yesterday’s tornado in Oklahoma and last weekend’s tornadoes that ripped through the Midwest, his live appearance on ABC’s “Good Morning America,” previously announced for this morning, was taped and will be rescheduled to air at a later date.

“My thoughts and prayers are with the families whose lives were devastated by these tornadoes,” said Rucker. “I encourage my fans to help by donating to the American Red Cross.” Donations can be made by visiting redcross.org, dialing 1-800-REDCROSS or texting REDCROSS to 90999 to make a $10 donation.

•              “On new album True Believers, he proves he can do more than create formulaic radio hits: Finding a country voice and sound of his own, Rucker shows he can leave a distinctive mark on 21st century country music.” – Associated Press

•             “…crafting the richest of his three solo country albums. [Rucker’s]…soulful rasp remains his greatest weapon, and it’s further elevated by the writing and production on True Believers. Rucker already has a formidable commercial track record, but he raises the creative bar a couple of notches with True Believers.” – Billboard

•             “Rucker throws in a soulfulness and bluesy touch on many of the songs. …he still manages to touch on the mundane aspects of quotidian life in a way that seems totally genuine and relatable whether you’re a CEO or a fork-lift driver. That could be an even bigger gift than his gritty, instantly recognizable vocals.” – Hitfix

•             “[‘Wagon Wheel’]…it’s a well-known song, but Rucker makes it his own, his rugged voice giving it a sense of experience lacking in the Old Crow Medicine Show version. Three songs about the fear of a lover leaving – ‘Lie To Me,’ ‘Heartbreak Road’ and ‘I Will Love You Still,’ which features up-and-comer Mallary Hope – give the album’s latter half a gut-punching immediacy. Rucker is astute in his treatment of the details that turn songs from vague platitudes into crush ballads.  *** (out of four stars)”  – RedEyeChicago

Rucker’s True Believers Tour continues this Friday, May 24, in Little Rock, Ark. The tour is travelling to more than 20 cities across the U.S. before wrapping up in Clarkston, Mich. on June 30. Joining him on select dates will be special guests RIAA platinum-selling Rodney Atkins, top-charting country singer Justin Moore, and 2013 ACM New Female Vocalist winner Jana Kramer.