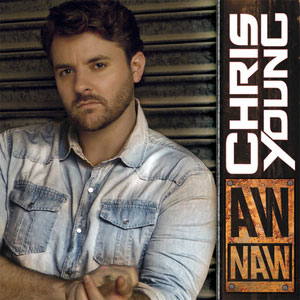 In a very nice change, Chris Young’s new single “Aw Naw” isn’t a love ballad, but it is one hard hitting song.  We love Chris’ style and his songs about heartbreak, relationships, and life experiences, but this a feel good party song.  We’ve all wanted to leave the bar early until someone catches our eye and we aren’t about to leave now.  “Aw Naw” is that thought that runs through our minds as we see something going on and we really know leaving is no longer an option.  The upbeat rock feel of the song will leave you tappin’ your foot and nodding your head along with the beat.  Chris has another smash hit on his hands.