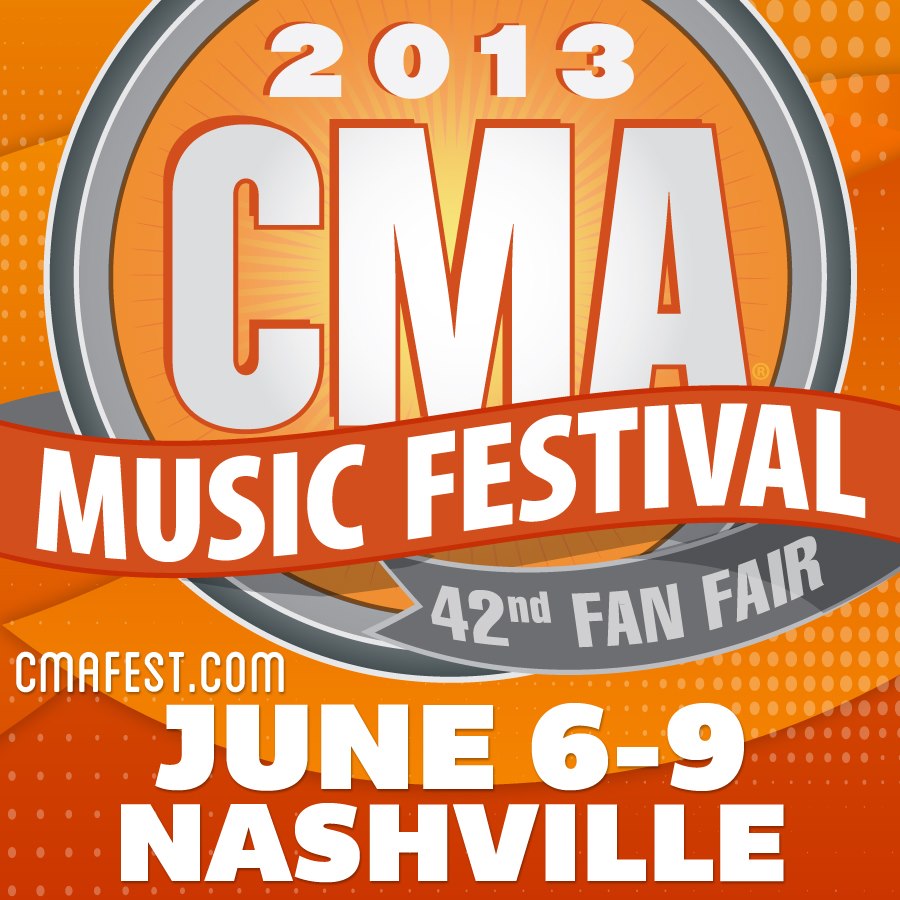 The performances on the Chevrolet Riverfront Stage will kickoff on Thursday, June 6 at 10:00 AM/CDT with a high energy show from CMA Award-winning recording artist Sara Evans. 2013 marks the first time Evans has opened the Festival. She has 15 CMA Awards nominations to her credit, including six for Female Vocalist of the Year. She won the CMA Music Video of the Year Award in 2001 for her smash hit “Born to Fly.”

“Sara is the perfect choice to launch the daily concerts on the Chevrolet Riverfront Stage because of her great repertoire of hit music and undeniable connection to our fans,” said Steve Moore, CMA Chief Executive Officer.

The Chevrolet Riverfront Stage is packed with great hit-makers for four days of free concerts. Chevrolet, a valued partner of CMA Music Festival and the Official Ride of Country Music, will once again host a vehicle display at Riverfront Park throughout the event.

“We strive each year to book an entertaining mix of classic performers, traditional favorites, and up-and-comers to keep the concert experience at Riverfront fresh and exciting for our fans,” said Moore.

Admittance to the Chevrolet Riverfront Stage is free, but four-day ticket holders have an exclusive 45-minute, early-entrance window before the gates open to the general public. The Riverfront concerts are a popular destination for families who want to enjoy great musical performances while relaxing on the sloping bank above the Cumberland River.

The concerts are fun in the sun and within easy walking distance of all the Festival event sites, including the all-new AT&T® U-verse® Fan Fair X (FFX) with autograph signings, concerts, lifestyle exhibits, marketplace, live broadcasts, demonstrations, and more in the brand new Music City Center.

It all kicks off Thursday, June 6 with “Lady A Day at FFX” featuring Lady Antebellum performing, signing autographs, and cutting the ribbon when Fan Fair X officially opens to fans. Fan Fair X is free to four-day ticket holders, but tickets to this exciting, new attraction are available to fans for $10 a day or $25 for four days Thursday through Sunday, June 6-9, children 12 and under are admitted free. Tickets are available through Ticketmaster at Ticketmaster.com or the CMA Music Festival Box Office by calling 1-800-CMA-FEST (262-3378) (price includes handling fees). Visit CMAfest.com for details.

Fans can stay in the loop by visiting CMAfest.com, the official website of CMA Music Festival, where they can sign up for the CMA Exclusive e-news. Fans can also connect with CMA at Facebook.com/CMA, Twitter.com/CountryMusic, Pinterest.com/CMAworld, and Instagram.com.