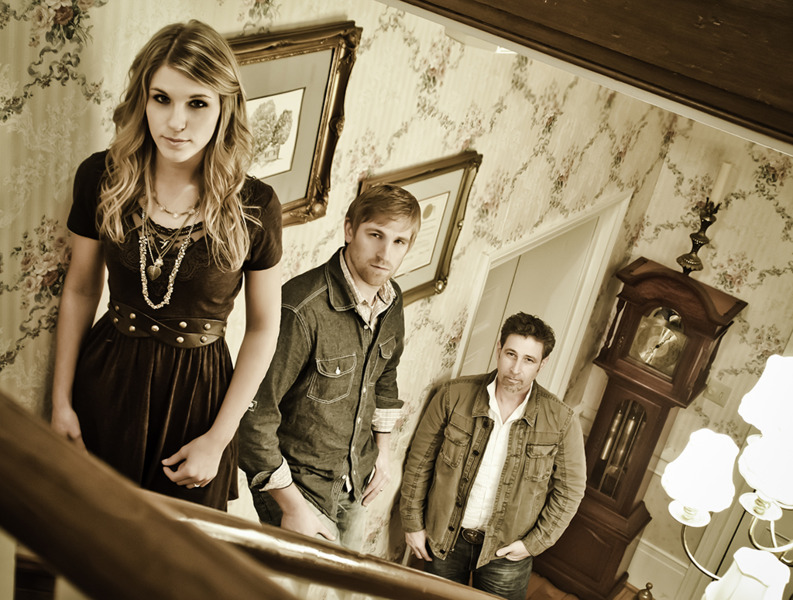 New Arista Nashville trio The Henningsens will have a tough summer to beat this year, as the multi-talented family band releases their debut album, titled American Beautiful, on July 2, and prepares to join superstar Brad Paisley as a guest on his Beat This Summer Tour presented by Cracker Barrel Old Country Store®, beginning May 9.

With GRAMMY®-winning, multi-million-selling producer Paul Worley (Lady Antebellum, Martina McBride) at the helm, The Henningsens’ American Beautiful album spotlights not only singer Clara Henningsen’s beautiful and expressive lead vocals together with incredible family harmonies and the musicianship of brother Aaron and father Brian, but also the trio’s gifts for vibrant and picturesque songwriting, with one or more of the family co-writing every track on American Beautiful.

The album is currently available for pre-order on Amazon HERE.

The Henningsens continue to climb the country airplay charts with the fresh energy of their title track and debut single, “American Beautiful,” now on the verge of the Top 20. Co-written by Clara, Aaron, and Brian Henningsen and Brett Beavers, “American Beautiful” is perched this week at #25 in Billboard and #21 in Country Aircheck.

The Henningsens talk about “American Beautiful” and the making of their music video for the song in a special, new behind-the-scenes video feature online HERE.

Fans can watch for the family in concert as the Paisley tour, also featuring special guests Chris Young and Lee Brice, launches in St. Louis, MO, on May 9, with dates currently running through late August.