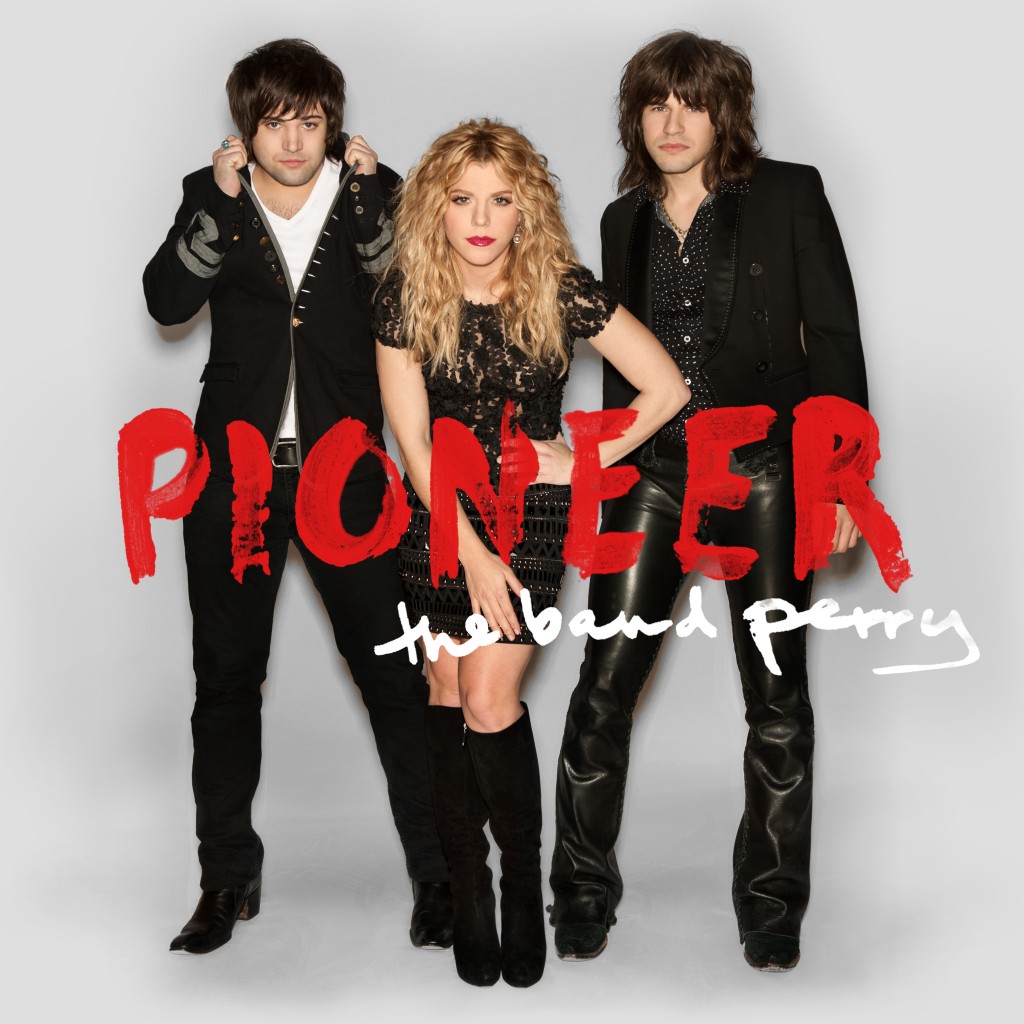 Forging ahead into the unknown has proven successful for The Band Perry, whose sophomore album PIONEER (Republic Nashville) debuted in the top spot with nearly 130,000 copies sold in the first week. Upon release, the Superstar sibling trio catapulted on Billboard’s charts — #1 Country Albums and #2 All Genre.

Produced by Dann Huff, PIONEER has received acclaim from top critics across the country, as well as late night host David Letterman, who called their recent performance on his show, “beautiful music.” The band signed 22,222 copies of the Target exclusive deluxe edition – featuring four additional songs – to signify their second album, the release date (4/2) and their two-week #1 with “Better Dig Two.”

“…sibling trio’s shining sophomore disc.” Us Weekly (3 out of 4 stars)

“…shows that the path the trio blazed with its debut was no mere fluke.” The Oakland Press

“…well aware of both 1970s West Coast rock and the arena-folk foot stompers of Mumford & Sons.” The New York Times

“…the group has made what will likely be one of the signal country albums of 2013.” The Washington Post

Sparks are still flying after an explosive ACM Awards show performance that Country Weekly included in the Top 5 Musical Moments, saying, “the trio of Kimberly, Reid and Neil Perry may already have had No. 1 hits and a lion’s share of radio play, but they had their coming-out party at the ACMs last night, bringing the house down…”

CBS Radio has featured The Band Perry in their IMPACT Campaign, which includes exclusive web interviews and a fully-produced interview package for CBS-TV affiliates as well as on-air artist profile spots. Check it out HERE. Yahoo! RAM Country will showcase special content with the trio across their platforms on 4/24.