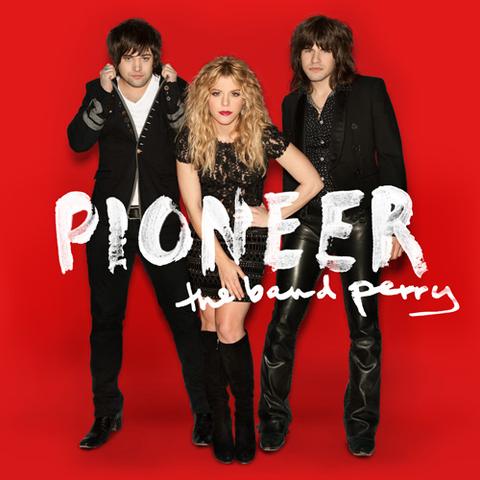 Republic recording stars, The Band Perry, rocked the 48th Annual ACM Awards stage Sunday night with an electrifying performance of their latest hit single “DONE.,” just one of the stellar tracks from The Band Perry’s new CD PIONEER, which was released on April 2nd.

Target®Corp. (NYSE: TGT) and superstar-sibling trio, The Band Perry, recently announced the release of an exclusive deluxe edition of the band’s highly-anticipated sophomore album.  The exclusive version of the album features four original, unreleased songs. The bonus songs on Target’s deluxe exclusive edition of the album include four new, original tracks – “Gonna Be OK,” “Once Upon a Time,” “Lucky Ones,” and “Peaches and Caroline.”

While supplies last, a limited quantity of CDs signed by the sibling trio, are available for purchase. The magic number is 22,222 to be exact, all personally signed by The Band Perry themselves!

Why 22,222? For several reasons! It’s the band’s 2nd CD, it would be released on April 2nd, The Band Perry’s single “Better Dig Two” was at No. 1 for TWO weeks and well… because two is always better than one!

“It was very important to us to sign all of the CDs ourselves. We figure if our fans are going to purchase a special CD then we owe them the courtesy of signing them personally,” says Reid Perry.

“We devised a plan among ourselves and came up with a good system on how to get through all of the CD inserts in the limited amount of time we had to get them all signed.  Anytime we were not onstage or sleeping we were signing CDs!” says Neil Perry.

“We hope to inspire pioneers everywhere with our new music and we decided to embrace that pioneering spirit by doing something different with our deluxe edition for Target®,” says Kimberly Perry.

Visit thebandperry.com or thefansperry.com  for the latest news and tour dates.