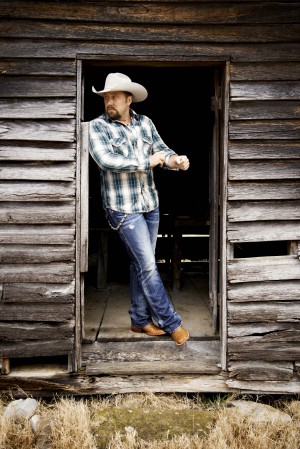 Syco/RCA Nashville recording artist Tate Stevens is experiencing a lot of firsts this year following his first place finish on FOX’s The X Factor, including landing a record deal, releasing new single “Power of a Love Song” to country radio, and his upcoming April 23 self-titled debut album release.  Now Stevens can claim a new “first” as his hometown honors him with an impressive 160′ City of Belton water tower, freshly painted with “Home of Tate Stevens, Live the Dream!”

Stevens, a former blue collar road worker for the city, always displayed such appreciation for his small hometown while pursuing his life-long dream of becoming a country music star on The X Factor.  Viewers were captivated by this unassuming Southern gentleman with the powerhouse vocals.  Among those viewers was a contingent of Belton residents, who led the charge to raise 100% the funds for the water tower repainting and dedication.

“It’s moments like this that really make me smile,” shares Stevens. “The support I’ve felt from the community is incredible, and I hope I can continue to make them proud. I’m so incredibly humbled by this honor.”

Belton officials unveiled the landmark, located near Stevens’ home off Interstate 49 and M-58 Highway on Sunday, March 31 with the formal dedication, which Stevens will attend, scheduled for Monday, April 22, with media call-time at 10:30a.m. CDT.  Stevens will perform a sold out show in Kansas City, Mo. at the Midland by AMC on Sunday, but fans can still purchase a limited number of tickets to his Monday night performance here.

For a list of upcoming tour dates and latest happenings on Tate Stevens, visit www.tatestevensofficial.com. 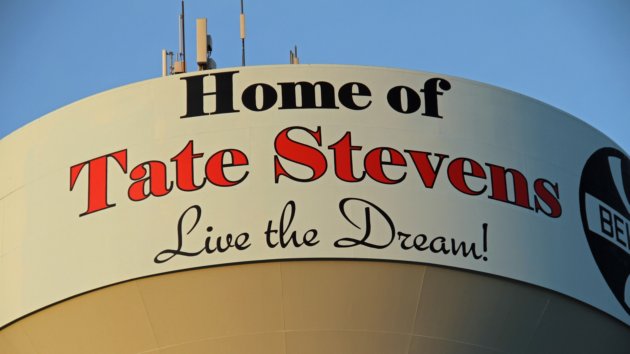 One reply on “Tate Stevens’ Hometown Honors Him On Water Tower”