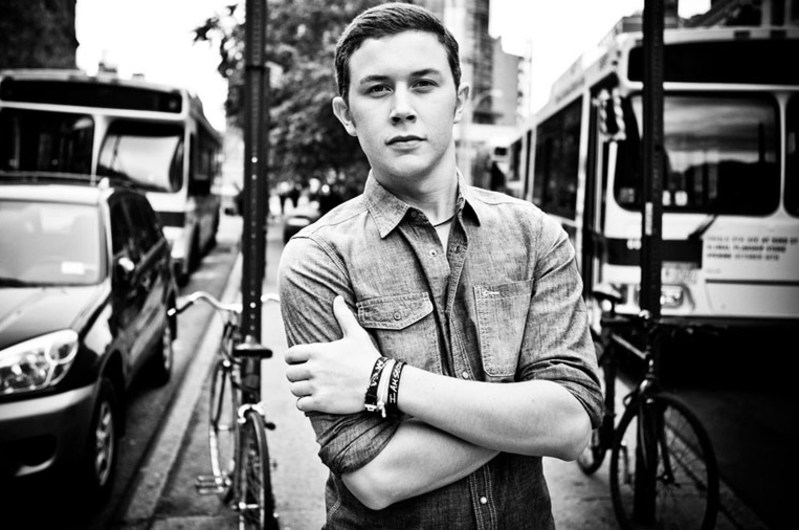 DoSomething.org and Walmart announced today the launch of the first ever “Peanut Butter & Jam Slam” in an effort to collect one of the top requested food items at food banks, peanut butter. The two organizations are teaming up with American Idol Season 10 Winner, Scotty McCreery, who is lending his star power to motivate teens to get involved.

Scotty McCreery appears in a national Public Service Announcement (PSA) encouraging teens to get started on their peanut butter and jam drives (see below). In it, McCreery shares his recipe for the “Scotty McCreery PB&J”: peanut butter, jam and the secret ingredient, cereal!

“Millions of kids experience hunger every day – but it just doesn’t have to be this way,” said McCreery. “That’s why I am lending my voice (yes, very low voice) to help motivate teens to collect jars of peanut butter and jelly to help fight hunger.”

The campaign, which launched on April 2, 2013, aka “National Peanut Butter and Jelly Day,” has the goal of collecting as much food as possible by the campaign deadline of May 14, 2013.

“Have you ever skipped a meal and went to bed hungry? Well, 17 million children in America don’t have a choice and experience hunger every day,” said Saige Martin, Campaigns Associate for Poverty and Homelessness, at DoSomething.org “Our mission is simple: teens will have six weeks to collect these two ingredients that will help feed families living in households that are food insecure.”

Here’s how it works: teens sign up to run a peanut butter and jelly drive and donate to their local food bank or collect and donate jars on their own. Once they’ve collected the food, teens are encouraged to send in photo proof of their collection at DoSomething.org/PBJ showing two very important things: How many jars of peanut butter and jam/jelly did they collect? And most importantly, choosing if they are “Team Crunchy” or “Team Smooth”?!

“We are proud to sponsor this campaign that will aid hunger relief efforts in America,” said Scott Pope, senior manager, national media relations for corporate giving, Walmart. “Many children rely on school meals throughout the year, and a void is created during the spring and summer months when school is out. The Peanut Butter and Jam Slam will help provide access to food during this critical time period.

The final day to report donations is May 14, 2013. All participants who sign-up via the website and follow the steps to submit photo proof of their donations will be entered for a chance to win a $4,000.00 scholarship from DoSomething.org. Every 10 jars of food collected is another chance to win.

To learn more and get involved, please visit www.dosomething.org/pbj.