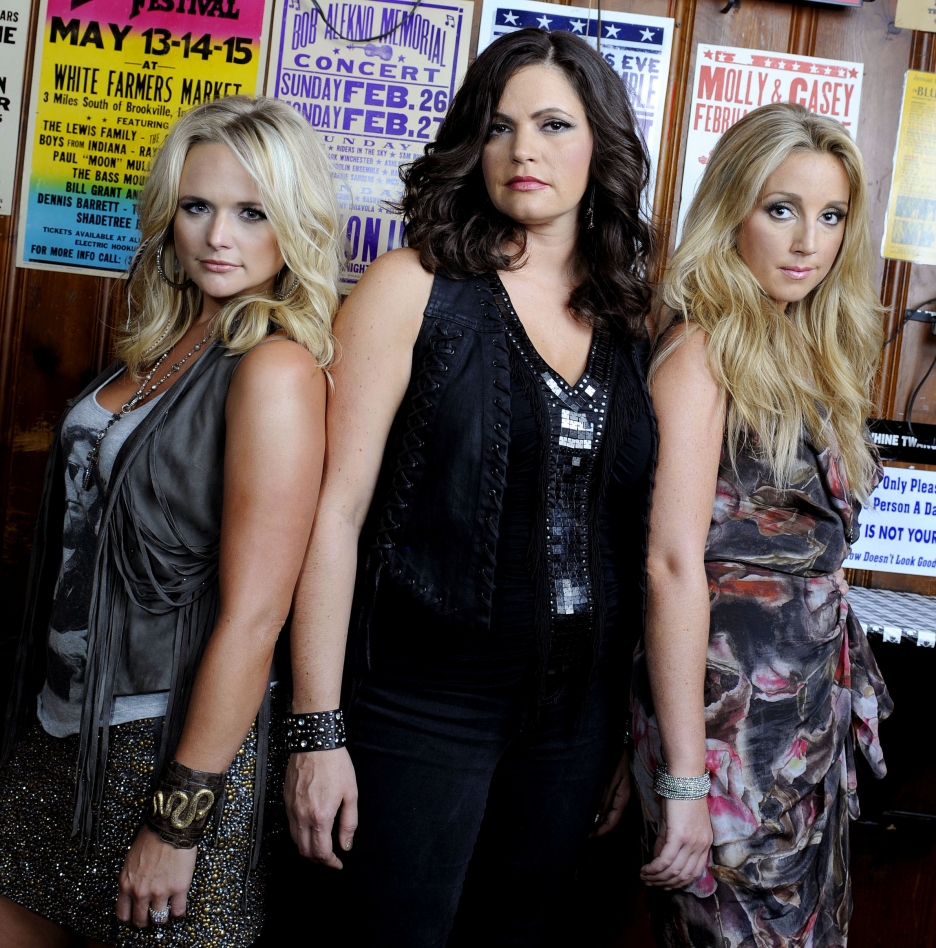 Pistol Annies know “Being Pretty Ain’t Pretty,” but are packing up their make-up, heels and outfits for the launch of their sophomore album, Annie Up. They will debut their single, “Hush Hush” on the Today Show Tuesday, May 7. “We are so excited to release the new album,” said Miranda. “It’s been like waiting for Christmas morning to come,” she laughed.

Although the stakes are higher for Annie Up, the trio has a sense of peace about their second record, which comes out May 7. “I’m not nervous about it,” said Ashley. “I have such a calm feeling. I have great faith in this record and I really think that people are going to understand it. We’re all super proud of it and ready for it to be out!”

Annie Up features 12 new tracks all written by the sassy trio of Miranda Lambert, Ashley Monroe and Angaleena Presley. The album opens with “I Feel A Sin Comin’ On,” an old fashioned cabaret style song. “We love this song and hope people blush when they hear it,” said Ashley. “We wrote it with no instruments because none of us could play the chords,” she continued. “So we snapped our fingers while we sang it on the work tapes and when we played it for our producer, he said he wanted us to snap on the album too,” said Angaleena. “Fingers are considered an instrument so we got paid to snap our fingers,” snapped Miranda.

Pistol Annies have the ability to speak to and for their audience, especially their female fans. Those fans are bound to make a sing-along anthem out of “Girls Like Us,” a song the Annies wrote for all the women in their lives. Says Miranda, “We’re three girls with three different lives and three different points-of-view, but really, if you get a group of women in a room and you talk about problems, everybody’s gonna yell out ‘amens’ and have stories to tell.”

Their uniquely county, yet contemporary viewpoints connect them with country’s tradition of truth-telling. “But, I mean, we’re not doing anything new. Loretta Lynn did it way before we did,” said Angaleena. “We’re just doing it for our generation, bringing it back home,” said Miranda. Pistol Annies style!

Pre-Order your copy of Annie Up now by clicking HERE.