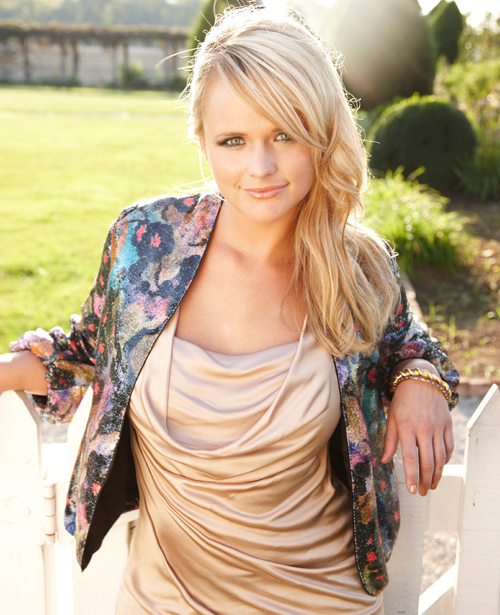 Miranda Lambert is adding designer to her resume, with the announcement of her exclusive agreement with Rich Footwear Group to launch a line of women’s footwear in the U.S and Canada. Miranda will lend her authentic and unique style in designing the shoe line that will range across all lifestyle segments of women’s footwear including casual, dress, sandals and boots.

“From country to rock n roll my goal is to style shoes that fit your inner outlaw…” says Miranda. “Being involved in the creative part and hands on development of my footwear brand is a dream come true.”

With the shoe line that’s expected to be available in Department Stores, Speciality Footwear and National Retail Chains across the US and Canada in early 2014, Miranda continues to hone her entrepreneurial skills. She recently celebrated the grand opening of her lifestyle retail store, “The Pink Pistol,” in Tishomingo, Oklahoma. She works tirelessly with her charity MuttNation Foundation, which has raised nearly half a million dollars for the betterment of dogs and cats.

The Grammy award winning and reigning ACM and CMA Female vocalist of the year also oversees all aspects of her career including her current “Locked & Reloaded” Tour with Dierks Bentley. All four of her albums have debuted atop Billboards Country Album Chart, the first female to achieve that feat in the 48-year history of the chart. Miranda is excited to take her unique experiences and style to a new stage with Rich Footwear.

“We could not be more thrilled to be developing this line with Miranda,” said Rich Footwear Founder and CEO Gary Rich.  “Her taste is only rivaled by her talent.”

With an extensive expertise in creating, building, marketing and selling footwear brands, Rich Footwear Group, branding experts in the footwear industry who were instrumental in the pioneering of creating successful footwear licenses with some of the biggest talents in the music industry, will be responsible for marketing, selling and joint development of the product line.