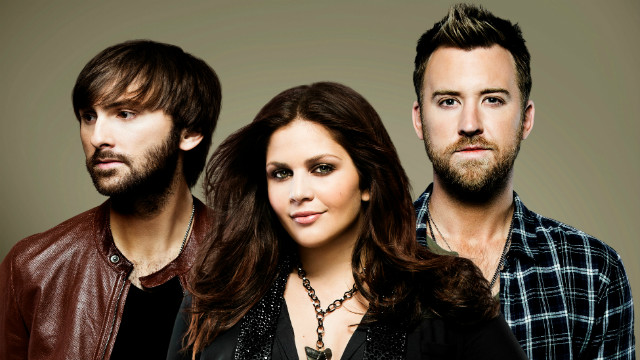 Seven-time GRAMMY winning trio Lady Antebellum will light up national TV over the next two weeks with performances spotlighting tracks from their upcoming fourth studio album GOLDEN out May 7.

Release day will begin with appearances on Good Morning America and The Ellen DeGeneres Show and end with an exclusive and intimate release show at New York City’s newest hot spot The McKittrick Hotel for the Lady Antebellum GOLDEN Release Show presented by Citi.  The VIP event will give a select number of fans the first preview of songs off the new album and a donation will be made to Musicians on Call On behalf of the group’s charity initiative LadyAID™.

The next day, Lady A will begin their take-over on Late Night with Jimmy Fallon and set up residency at 30 Rock with interviews and performances on both Wednesday (5/8) and Thursday (5/9) nights’ shows.  The following week, Lady A will jet to the West Coast for an appearance on Chelsea Lately (5/13) and a performance on NBC’s The Voice (5/14) before continuing on to Toronto for more media appearances and events.

Fans will find the new album familiar but simultaneously unlike any of its predecessors. It focuses on songwriting and fresh uses of their talents, which was at the heart of what drew Lady A together in the first place. In the end, the mix of their road experiences, songwriting and challenging outside songs adds a brightness to the album that’s reflected in the GOLDEN title. GOLDEN’s playful lead single “Downtown” set the pace ahead of its release, quickly becoming the trio’s fastest charting No. one single, holding at No. one for two weeks and earning GOLD certification by the RIAA.

Since its 2006 inception, Lady A had risen quickly to become Country Music’s most influential current group. The group won the “Vocal Group of the Year” honor from both the CMA and from the ACM’s three times in a row and sold 11 million albums worldwide. Nine of the band’s singles went Gold, with four surpassing the Platinum mark. “Need You Now” went on to sell over seven million downloads and claimed five of the trio’s seven career GRAMMY wins, including the all-genre “Record of the Year” and “Song of the Year.”

For more information on the new album and upcoming appearances, visit www.ladyantebellum.com.